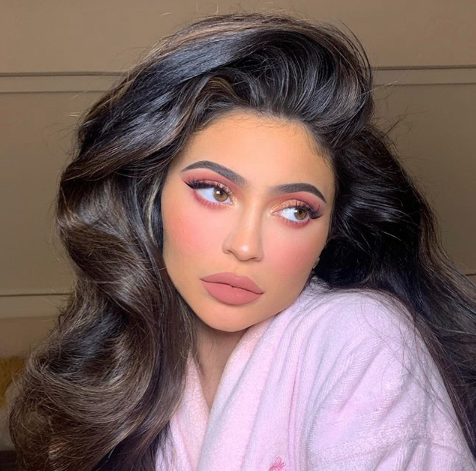 Instagram has put ‘influencers’ on notice for their unrealistic body standards, as the platform attempts to curb eating disorders spurred on by social media.

The popular social media platform on Thursday launched a joint campaign with The Butterfly Foundation, which supports people with eating disorders, to combat bad body image and support positive use of social media.

More than 50 per cent of Australians between 19 and 30 compare themselves to others on social media, the survey conducted by the two companies found.

And 48 per cent of young people said they were dissatisfied with their appearance – up from 43 per cent in 2017.

While many celebrities are known to doctor images, it’s not just the famous.

Friends, acquaintances and peers are all posting pictures with blemishes wiped out, rosier checks and smaller waists.

For Sarah Bryan it became too much. She said her unhealthy relationship with her body started when she was in her teens.

The pressure of society’s beauty standards was spurred on by social media. Over the years she started fad dieting, took weight-loss pills and restricted her eating, she told The New Daily.

“Initially social media was impacting me in a negative way,” she said.

“I’d find myself comparing myself to other people. I would use it to follow accounts that motivate dieting, that contributed to my eating disorder.”

In her twenties, Ms Bryan was diagnosed with a binge eating disorder – and hearing those words meant she finally had to deal with her image struggles head on.

Now, Ms Bryan has become an influencer in her own right. With almost 4000 followers on Instagram, she uses that power to spread a positive message about bodies of all shapes and sizes.

She wants people to use social media not to follow accounts with unrealistic portrayals of body shapes, but to share their journeys and connect in a meaningful way.

“I started following people who were going through the same thing similar to me and were inspiring,” the Melbourne woman said.

“That got me through difficult times and I wanted to do the same thing for other people.

“I want everyone to make it more authentic and real.”

Ms Bryan is part of a body-positive counter culture that also spurred the likes of the “Instagram versus reality” viral trend, where people post pictures of the outtakes, to remind their followers what’s really behind the perfect picture.

Trends like this work to peel back that level of sheen influencers have. Cyber safety consultant Susan McLean said it’s about teaching young people what’s real and what’s not.

“We’ve got to override that with messages about being any size, any shape, any skin colour, but you need to be happy in who you are.”

Appearance ideals are promoted through all levels of society, but a lot of the pressure comes from peers, said Macquarie University’s Jasmine Fardouly.

“I think it’s difficult because there is a lot of pressure about what people are expected to be posting, and much of it is peer-driven,” she said.

“It think it’s tricky, but I think to really make the change we have to address it at all levels of society, so that’s things like companies promoting different body shape and sizes.

“Then it can come down to peers and how much value they place on their appearance and media and what they’re being exposed to online.”

Instagram takes a stand and puts influencers on notice