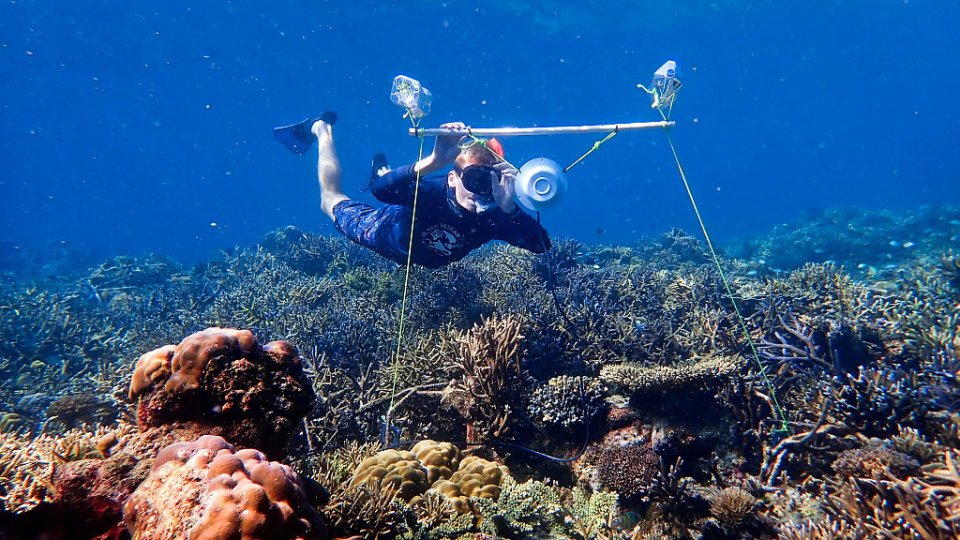 Scientists have used underwater loudspeakers to entice fish to move back into the dead parts of the Great Barrier Reef.

The unorthodox strategy was concocted by a team of UK and Australian scientists, who played healthy reef audio recordings in patches of dead coral over a six-week period.

The results were promising, with twice as many fish arriving and staying where the sound was played, compared to areas where there was no noise.

“Healthy coral reefs are remarkably noisy places – the crackle of snapping shrimp and the whoops and grunts of fish combine to form a dazzling biological soundscape,” said senior author Professor Steve Simpson of the University of Exeter.

Importantly, the new fish moving in came from all parts of the food chain – they were scavengers, herbivores and predators.

The number of species present in the patches increased by 50 per cent when the noises were played.

“Juvenile fish hone in on these sounds when they’re looking for a place to settle,” Professor Simpson said.

“Reefs become ghostly quiet when they are degraded, as the shrimps and fish disappear. But by using loudspeakers to restore this lost soundscape, we can attract young fish back again.”

It comes as a federal government report for UNESCO found that coral bleaching, a series of cyclones and crown-of-thorns starfish have worsened the “outstanding universal values” of the Great Barrier Reef.

The effects of climate change on the reef are “significant” and have turned the natural wonder into “an icon under pressure with a deteriorating long-term outlook”, the report said.

“Climate change, poor water quality caused primarily by land-based runoff, coastal development and some aspects of direct human use such as illegal fishing are the primary threats,” it said.

“Among them, climate change is the most significant and can only be addressed by effective global action under the Paris Agreement.”

UNESCO will decide in 2020 if the health decline means the reef should be listed as “in danger” and possibly lose its status.

The reef is a heritage-listed site, bringing in more than $6 billion in tourism annually and creating 64,000 jobs.

A major factor is the reef has struggled to recover from the severe coral bleaching triggered by above-average water temperatures that killed off 50 per cent of the reef’s ecology in 2016 and 2017.

“We see it as a promising technique for local restoration, but it remains a band-aid on a problem that needs action on a global scale,” Mr Gordon said.

“We see it as a way to accelerate the recovery of habitat but it needs to work alongside other techniques, for instance regrowing and replanting coral.

“This isn’t going to be a solution to the crisis.

“If we’re serious of saving them on a big scale, the priority is to reduce carbon emissions and limit global warming.”