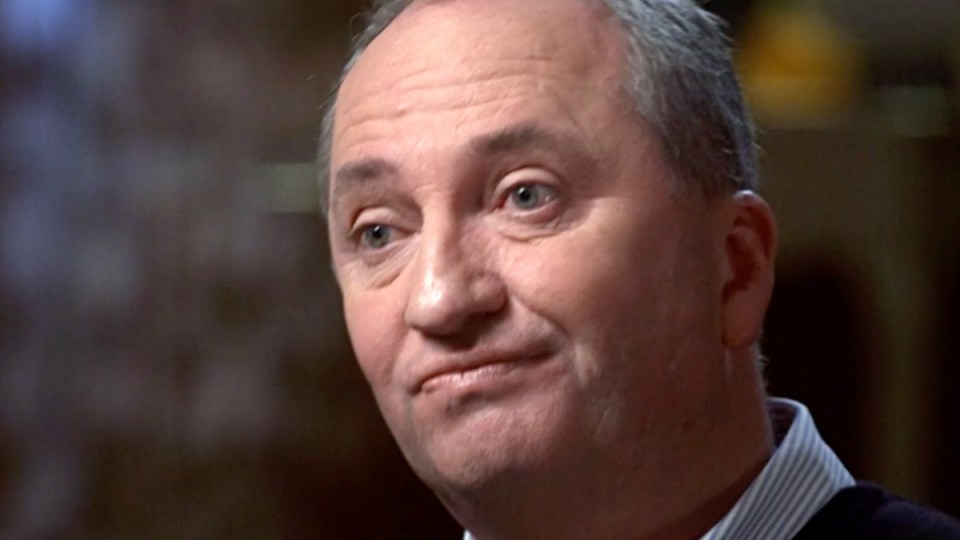 Nationals backbencher Barnaby Joyce the matter is a "triviality" that has gone on too long. Photo: Channel Seven

Nationals backbencher Barnaby Joyce insists the issue of allegedly doctored documents used by Angus Taylor’s office to attack the City of Sydney is a “triviality” that has gone on too long.

Coalition members are rallying behind Mr Taylor, as the embattled energy minister faces relentless Labor pressure over the documents.

The scandal entered its second week on Monday, with Attorney-General Christian Porter confirming he was present during a phone call between Prime Minister Scott Morrison and NSW Police Commissioner Mick Fuller, after the state’s police announced an investigation into the alleged fraud.

Mr Morrison said he had sought to clarify basic details about the investigation into Mr Taylor, which was driven by a referral to NSW Police by shadow attorney-general Mark Dreyfus.

The Liberals have been under pressure to release a transcript of the call, amid concerns about the use of political influence.

But the Coalition government has pushed back, with Nationals backbencher Barnaby Joyce saying Mr Dreyfus had made eight referrals to police that haven’t “gone anywhere”.

“I don’t know who made the mistake,” Mr Joyce told ABC television on Monday.

“Someone has made a mistake and reported a number that is incorrect, and that is where it should stop.”

The document Mr Taylor relied on said the council had spent more than $15 million on air travel, but the figures were false.

The 2017/18 council report shows international out-of-pocket travel costs such as meals and taxis were only $1728, and domestic costs were $4206.

Mr Taylor was responding to a letter from Ms Moore calling for more federal government action on climate change.