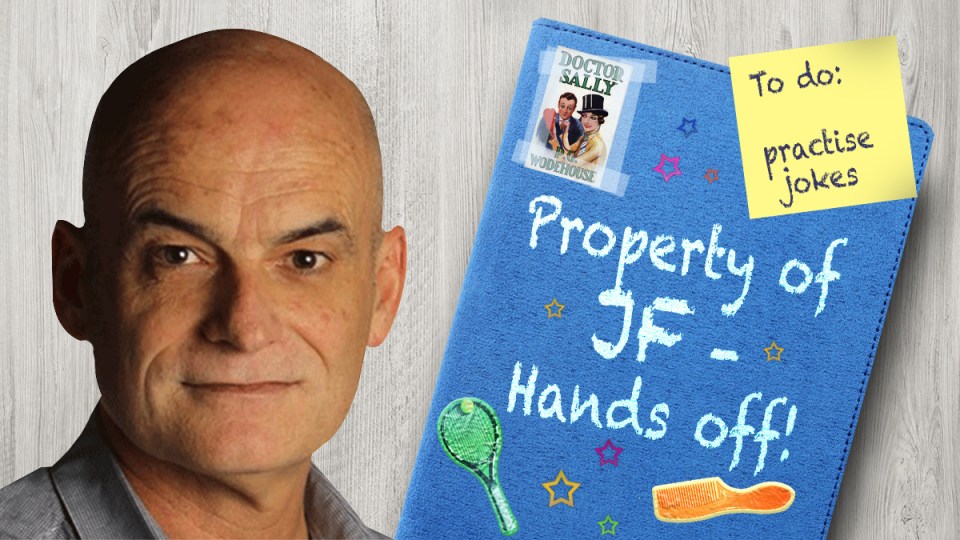 "This past week has been awful. Bloody scary, actually." Photo: TND

This past week has been awful. Bloody scary, actually.

All I did was deliver a speech warning that the country faces an “economic time bomb” because of our ageing population.

When I suggested that older Australians would need to learn new skills and remain working for much longer, all hell broke loose.

You wouldn’t believe it. I thought I’d walked on to the set of one of those horrible zombie movies.

Despite their croaky voices and the fact that some kept forgetting the words, I heard their childish chants: “We’re Old, We’re Bold, Josh Frydenberg turns us Cold”.

Ungrateful codgers. They’ve clearly forgotten who signs the pension cheques in this country.

Of course, the press lapped it up. They ran endless stories about how outraged these Baby Boomers were.

You would have thought the bloody lot of them had built this country into what it is today.

On and on they went, babbling hysterically about how they had dutifully paid their taxes, how there were not enough jobs available for older people, how discriminating employers don’t want to hire them anyway and how I was nothing but an “ageist”.

One bloke with more hair in his ears than on his head said he was offended that someone in a safe seat who hasn’t even turned 50, who receives an over-generous parliamentary superannuation deal and is paid more than $430,000 a year, would so arrogantly lecture older people about needing new skills.

Loser. Talk about loss of skills. He’s the sort of old bugger who, when his wife says “Darling, let’s go upstairs and make love”, tells her: “Steady on, I can’t do both!”

(Note to self: Include more jokes like that in next speech).

Anyway, once I got home, I managed to relax by watching a truly inspiring movie on Netflix.

It was called The Mule and starred Clint Eastwood as a 90-year-old horticulturist who loses his business and becomes a drug courier for a Mexican cartel.

This is the sort of flick – or “moving picture” as the old timers still call them – that every Australian over the age of 50 needs to watch. In fact, it’s not so much a film as a training clip.

Of course, Eastwood looks so old these days that when he walks into an antique store, other customers make bids for him.

Yet he manages to mumble his way through his lines and proves my point: Older and decrepit Australians can be just like Clint’s character, discovering a challenging new industry, acquiring new skills and earning a healthy income.

But I’m not going to hold my breath. These Baby Boomers have a disproportionate sense of entitlement.

They think that after more than 40 years in the workforce they deserve a comfortable retirement travelling the globe, posting their out-of-focus photographs on Facebook and buying outrageously priced tickets to watch fossils like The Rolling Stones go through the motions.

Some even take up running and go to the gym, which is about as close as they will ever get to hearing the sound of heavy breathing again.

(Note to self: Some of these gags about old people on the internet are gold. Get Treasury staff to print them all tomorrow).

No, despite all their complaining and bleating, I’m going to stand firm and send them back to work.

Oh, Diary, I can hear their cries of woe already. There will be those whingeing about being made redundant in their early 50s and how they have spent a decade looking for a new role.

They’ll complain about how there has been a 39 per cent leap in the number of unemployed people aged over 65 looking for full-time work.

They will mutter about employers who prefer young over old (which is just their way of saying cheap over expensive) – and how this country is not interested in their experience, their wisdom and their capacity to become mentors.

Well, these people need to get a grip.

Ageing is rapidly depleting our tax revenue. It’s adding billions to our health costs. It’s reducing our pool of skilled workers and leaving the nation facing a bleak future unless I do something quickly.

What was it I said in that speech last week? Life expectancy in Australia has soared to 81 for males and 85 for females – almost double what it was a century ago. With the sixth-highest life expectancy in the world, we are seeing an increase in average lifespan of almost one year every four years.

So we have an enormous problem facing us.

And if these old buggers don’t start listening and getting with the program, then perhaps I will remind them what someone called P.G. Wodehouse once said.

There is a cure for grey hair and it was invented by a Frenchman.

Until next time, Josh.

(Note to self: Ask staff to find out who this Wodehouse character is and if he’s available to write speeches).

Garry Linnell takes a peek inside the dream diary of Josh Frydenberg, Treasurer of Australia