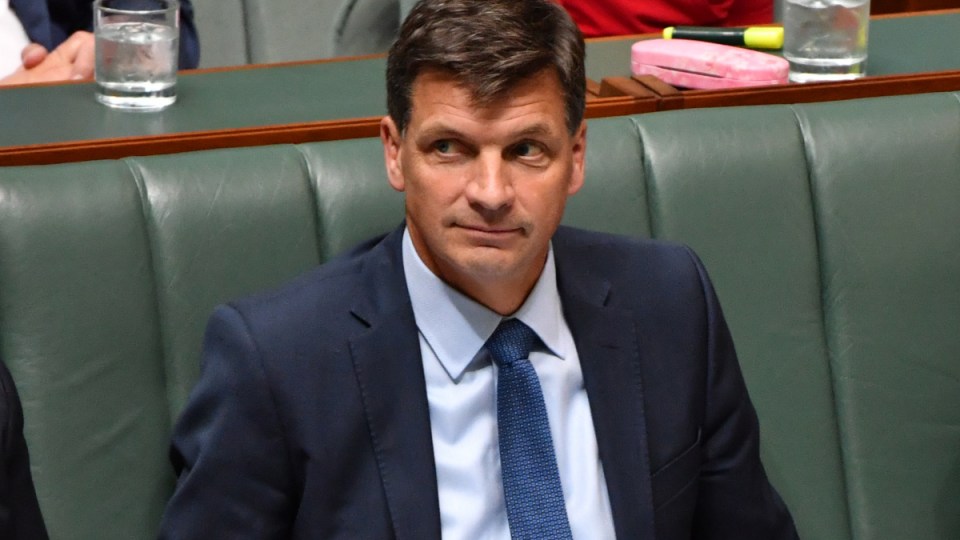 Scott Morrison has been accused of bringing political interference to bear on a police investigation as he launched a bungled defence of his refusal to stand down Energy Minister Angus Taylor.

The Prime Minister is refusing to release any record of his phone call to NSW Police Commissioner Mick Fuller, despite the fact the men’s account of what was discussed appear to differ.

Commissioner Fuller said it was a brief conversation and he gave him no information beyond that in the press release.

However, Mr Morrison said the police chief confirmed the referral was purely a result of Labor intervention, implying that the case was political and unlikely to proceed.

In Parliament, the PM was also forced to correct the record after he falsely claimed a Victoria Police detective once said Julia Gillard was under police investigation.

“He said … let me make this perfectly clear. The Prime Minister of Australia Julia Gillard is under investigation by police. This is fact.

“I hadn’t planned to add to what I said yesterday out of respect for the detectives on the case. But if the Prime Minister’s office wants to deny she’s being investigated, as has been reported last night and today, then I will once again correct that record.”

Opposition leader Anthony Albanese led the attack of Mr Morrison in Parliament and on Twitter.

“I told my colleagues that the Federal Police should be allowed to carry out this investigation without let or hindrance from me or anybody in the Federal Government.”

Scott Morrison needs to explain himself. He needs to do it now.

The PM is meant to govern in the national interest, not his own. And right now, people are asking themselves:

If one of my mates was under investigation, could I pick up the phone to the head of police and ask for details about that investigation on the day that it was launched?

The Prime Minister released a letter to Parliament on Wednesday night confirming those comments misquoted a transcript and are actually quotes of the journalist Ben Fordham.

Commissioner Fuller denied he has a “personal relationship” with Mr Morrison.

Mr Morrison and the police commissioner were once neighbours and both men have previously told 2GB radio’s Ben Fordham that Mr Morrison sometimes took in the police chief’s bins.

But the commissioner now says that was “a joke” and never happened.

“Of course he has never brought my bins in. I never had his number in my phone so from my perspective, it is right for people to judge that – but I didn’t have his contact and I think that speaks volumes,” Commissioner Fuller said.

The PM has previously told 2GB listeners he did take in the bins.

“That’s what good neighbours do. That’s what they do. Mick is a great bloke and that’s the Shire way,” Mr Morrison said.

The Prime Minister was forced to correct the record on Wednesday evening after using quotes about Julia Gillard and a police investigation which he said were from a Victorian detective, but in fact had been comments by Fordham.