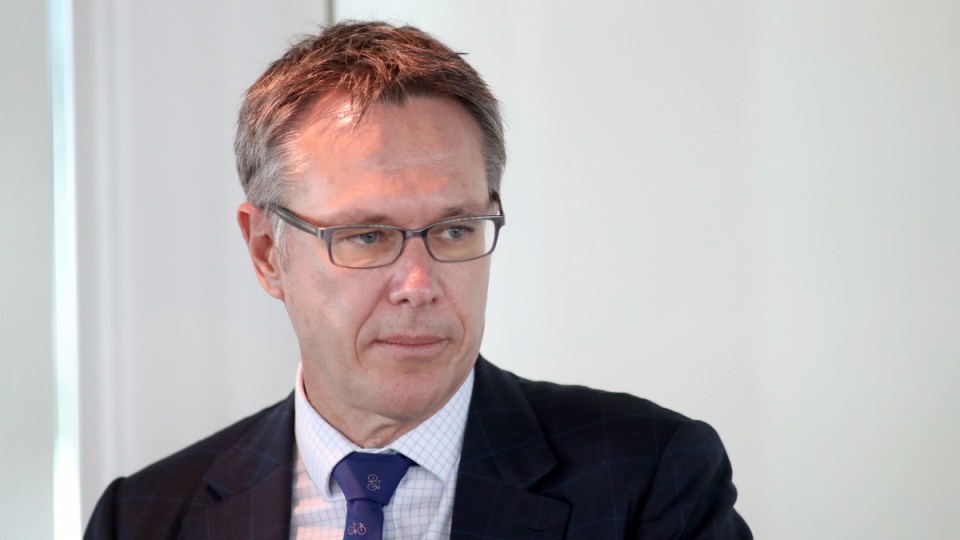 The RBA's Guy Debelle has urged an end to irrational fears about a growing deficit. Photo: AAP

Don’t expect a significant bump in your pay packet any time soon, as the Reserve Bank confirms slow wage growth is here to stay – at least until there is a sustained fall in unemployment levels.

That’s the view of Australia’s second most senior central banker, who points to mounting evidence that wage growth is stuck in the 2-3 per cent range, down from the 3-4 per cent mark, previously seen as the norm.

This trend has been weighing on household incomes and spending, as well as dragging on the economy more broadly.

“A gradual lift in wages growth would be a welcome development for the workforce and the economy,” Reserve Bank of Australia Deputy Governor Guy Debelle said on Tuesday said.

“It is also needed for inflation to be sustainably within the 2-3 per cent target range.”

However, he held out little hope for an acceleration any time soon, noting the bank’s liaison with firms showed 80 per cent of companies expected steady wages growth and only 10 per cent anticipated anything faster.

“The more wages growth is entrenched in the twos (2-3 per cent range), the more likely it is that a sustained period of labour market tightness will be necessary to move away from that,” Debelle said.

The central bank has cut interest rates three times since June, taking them to a record low of 0.75 per cent, in part to try and drive unemployment down toward its goal of 4.5 per cent.

So far, it has had little success, with the jobless rate stuck at 5.2 per cent.

Markets are wagering the bank will cut at least once more to 0.5 per cent and perhaps even adopt unconventional stimulus policies such as buying government bonds and providing cheap funding to banks.

RBA Governor Philip Lowe was due to give a speech later Tuesday on the offshore experience of quantitative easing.

Debelle noted employment had actually grown faster than expected in recent years but so had the supply of labour, thus limiting the fall in unemployment and the rise of wage growth.

The increase in supply came mainly from an increase in workforce participation by females and those over 55 years old.

Female employment accounted for two-thirds of jobs growth over the past year, taking the female participation rate to a record high, he noted.

The share of 55 year olds and older that are employed had climbed to 35 per cent, from 22 per cent 20 years ago.

“One of the key sources of uncertainty currently around the outlook for the unemployment rate as well as wages growth, is whether labour supply will be as responsive to labour demand as it has been in recent years,” Debelle said.