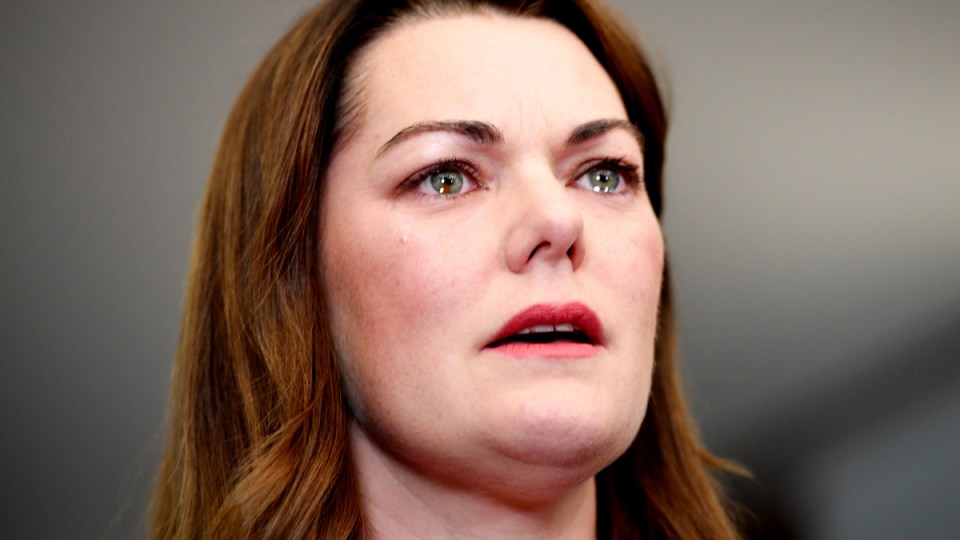 Sarah Hanson-Young says her successful defamation action against David Leyonhjelm is a victory for all women.

Greens senator Sarah Hanson-Young has hailed her $120,000 defamation case win as a victory for all women.

The Federal Court previously heard that at the conclusion of a Senate vote in June 2018, upper house colleague David Leyonhjelm told Senator Hanson-Young that she should “stop shagging men”.

In a subsequent media statement, Mr Leyonhjelm claimed he had made the comment in response to an interjection by Senator Hanson-Young along the lines of “all men are rapists”.

Senator Hanson-Young, who successfully sued Mr Leyonhjelm for the remark, hopes the outcome will encourage more women into federal Parliament.

“It’s about letting young women know they have a right to be represented in this building,” she told reporters in Canberra on Tuesday.

Senator Hanson-Young, who shed tears after speaking to reporters, said she was relieved it was over.

“My daughter of course is relieved that it’s over; she’s a big part of why I did this,” Senator Hanson-Young said.

Mr Leyonhjelm was yet to contact her since the settlement but she hoped one day he would apologise for his comments.

Senator Hanson-Young said she wanted to make Parliament a battle of ideas, not a battle of someone’s gender, sex lives or body image.

“Why would a woman want to be in politics if this is how she’d be treated,” she said.

She’ll be aiming to get more young women into politics on the back of this settlement.

“I know that it’s very hard to get a case like this together, I found it difficult,” Senator Hanson-Young said.

She said she couldn’t imagine what it would be like for others, in positions less privileged than hers, to speak up.

Writing in The Guardian, Senator Hanson-Young stated it was “an important day for this Parliament to draw a line under this behaviour.

“As members of Parliament we should actually be leading by example and setting the standard for the rest of society.”