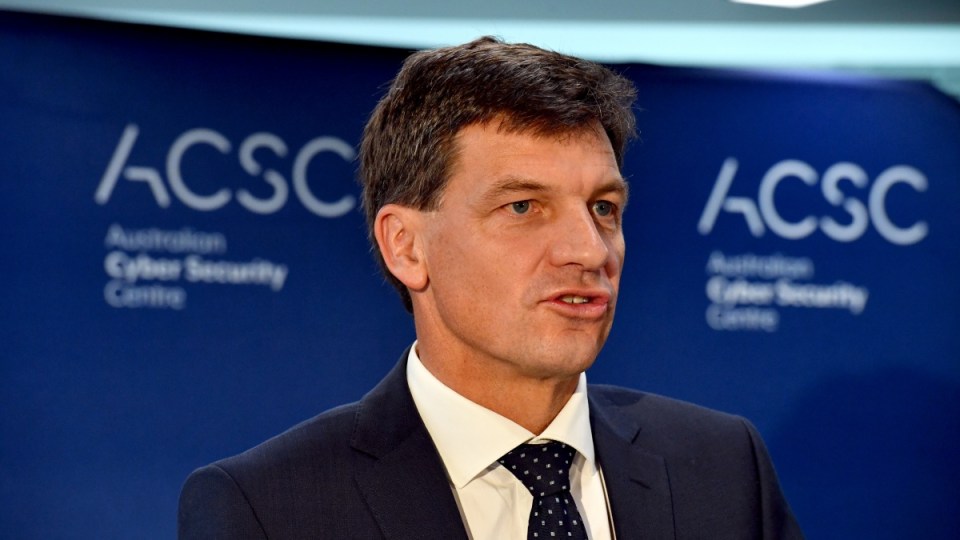 Prime Minister Scott Morrison will take “no action” to stand aside Energy Minister Angus Taylor despite a police strike force probe into whether his office sent fake financial records to Sydney’s Daily Telegraph for a hit job on Lord Mayor Clover Moore.

Mr Morrison told Parliament he had spoken to NSW Police Commissioner Mick Fuller, who confirmed the investigation was based purely on allegations referred to them last month by Labor frontbencher Mark Dreyfus.

“Based on the information provided to me by the commissioner, I consider there is no action required by me,” Mr Morrison said.

“The NSW Police should now be left to lead their inquiries, which will be considered upon their completion.”

Earlier on Tuesday, NSW Police announced it had formed a strike force to investigate if the office of Mr Taylor was involved in doctoring documents used to attack Ms Moore.

“The NSW Police Force is in the early stages of investigating information into the reported creation of fraudulent documentation,” a police spokeswoman said.

“Detectives from the State Crime Command’s Financial Crimes Squad have launched Strike Force Garrad to investigate the matters and determine if any criminal offences have been committed.

Mr Taylor told Parliament he would co-operate with the inquiry and rejected any wrongdoing.

“I reject absolutely the suggestion that I, or any members of my staff, altered the documents in question,” Mr Taylor said.

The claims centre on a dossier of false claims Mr Taylor’s office provided to The Daily Telegraph for a story to attack the Lord Mayor.

The newspaper published a story based on those claims.

The documents claimed City of Sydney councillors had spent $1.7 million on international travel and $14.2 million on domestic travel.

This material was available online before the story was published.

But Mr Taylor tried to turn the attack back onto Labor with the looming release of the convicted criminal and former NSW Labor MP Eddie Obeid.

“I won’t be lectured to by the party of Aldi bags and wine boxes full of cash, Mr Speaker. I’m not going to be lectured to about integrity in the week that Labor is celebrating Eddie Obeid coming out on parole,” Mr Taylor said.

Labor leader Anthony Albanese called on Mr Morrison to stand down Mr Taylor from the ministry.

“Prime Minister, why is he still sitting there? When will you stand him aside?”

But the PM told question time he was not aware of the investigation.

“The matters that the Opposition Leader refers to have not been provided to me or been presented to me by the NSW Police. I have not been advised of those developments,” Mr Morrison said.

However, he pointedly left the door open to standing aside Mr Taylor if necessary.

“I will be taking advice from the NSW Police on any matter that they are currently looking at,” he said.

“I will form a view, Mr Speaker, based on taking that advice, in considering these issues.”