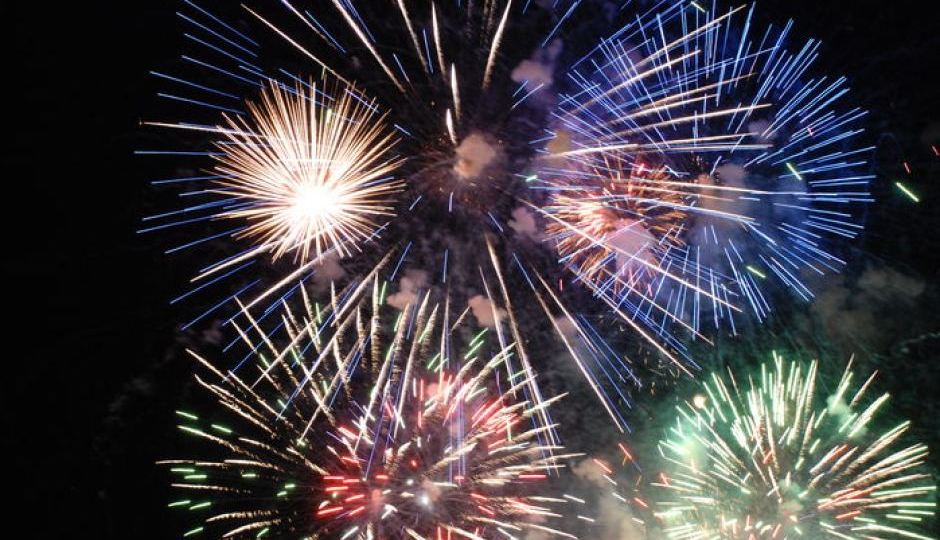 Sparks are flying in the fireworks industry as operators grapple with fire bans and widespread calls for festive event cancellations.

In emails obtained by the ABC, one operator has written to the Department of Natural Resources, Mines and Energy (DNRME) asking who will pay for “compensation claims for the direct interference of trade”.

The operator argued the fire ban declaration in Queensland “has FORCED (sic) our entire industry to cease trade that is legally recognised too (sic) trade by law”.

Queensland Fire and Emergency Service issued a far-reaching state of fire emergency declaration on November 9 as fires burned out of control across the state.

This declaration was partially lifted from 36 of the 42 local government areas on November 20, but public sentiment has continued against fireworks.

“My question is, due (to) forceful interference of trade who is responsible for compensating the industry for their financial losses directly caused by the declaration?,” the letter to DNRME reads.

“We are registered to trade by law and have been forced to shut our doors.

“As our state governing body, can you please kindly inform what Government Department industry can lodge their compensation claims for the direct interference of trade.”

A DNRME employee advised that the explosives inspectorate was unable to advise “on matters associated with local government decisions which are outside our jurisdiction and responsibility”.

Another fireworks operator has emailed 28 operators in the industry providing suggestions on how to massage the message while calls grow to ban fireworks over the festive season as Australia burns.

The operator wrote to “pyros” warning that the groundswell to ban fireworks was “growing” and this was “obviously a massive threat to our industry as a whole”.

It referenced a petition to cancel the Sydney New Year’s Eve fireworks which had garnered 42,000 signatures by November 20.

“The issue is that councils are hearing that people WANT (sic) to cancel but AREN’T (sic) hearing from people who want to keep the fireworks,” the letter said.

“How about we use the same tool against these uninformed people,” it continued.

“Most of the people calling for cancellation are ‘virtue-signalling’. They’re showing all their friends how ‘good’ they are by spreading pious and puritanical ideas.”

It came up with a three point plan — to keep calm, understand, and educate in response to “public hate”.

“Let’s educate and in the process give people who WANT (sic) to keep fireworks a reason to continue supporting the industry,” it said.

“If we can get a petition with hundreds of thousands of signatures, the councils are less likely to cancel our Christmas-NYE displays and we can abate the growing calls for banning.”

But even within the industry there is division over the correct approach.

In response to the email, another operator fired back arguing “karmas (sic) a bitch”.

“Wow, I’m shocked to receive this email from you, giving me a crash course on how to reply to the public,” it read.

Another fireworks operator, who agreed to be identified, has taken aim at the industry for wanting to do fireworks display after so many bushfires.

Clive Featherby, who owns KC’s Fireworks, said it would be “criminal” to continue with festive fireworks displays in regional areas as Australia burns.

He said the money should be given to rural firefighters.

“I work closely with a lot of the rural fire brigades and they need funding, they need help,” Mr Featherby said.

“Even me, as a fireworks company, would see it as criminal to go blow up hundreds of thousands of dollars on New Year’s Eve in a situation and a time like this.

“The only exception would be the big capital cities like Brisbane and Sydney where it’s done in a concrete jungle and is broadcast to millions of people.”

Both Sydney and Brisbane have advised their major fireworks will be going ahead.

Sydney Lord Mayor Clover Moore said the council could not cancel the fireworks event, but it would be used to “raise more money for drought and fire affected communities”.

“Sydney’s New Year’s Eve attracts more than one million people to the harbour foreshore, is watched by a billion more worldwide, and it injects more than $130 million into the NSW economy,” Cr Moore said.

A Brisbane City Council spokesperson said the South Bank Parklands Fireworks spectacular was “more important than ever to unite the community and support local businesses over the festive season”.

“Fireworks events drive economic growth as thousands of people who attend them also take the opportunity to shop, dine, and stay in the city,” the spokesperson said.

“This injects millions of extra dollars in the economy over the Christmas and New Year period.”