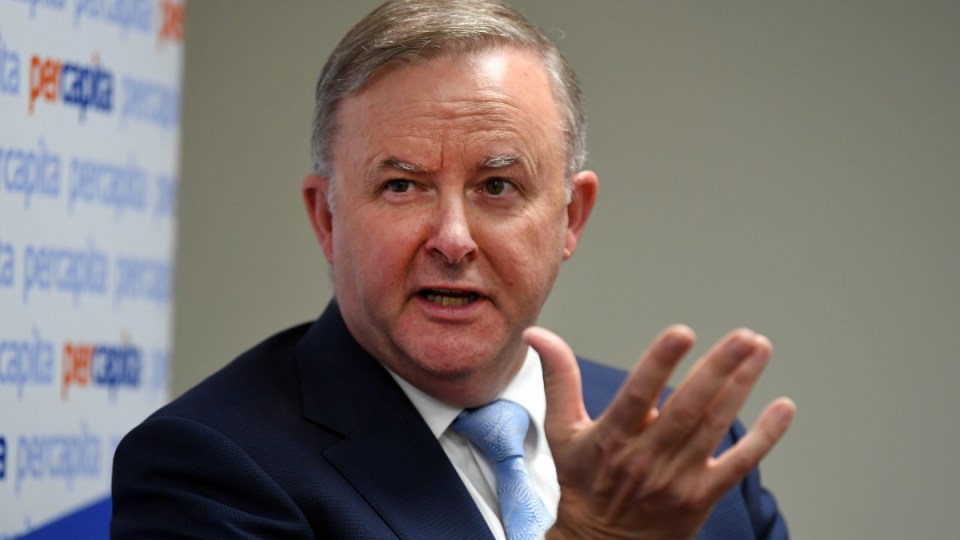 Opposition Leader Anthony Albanese has outlined his economic vision for Labor, citing the need for an action on energy policies and the national broadband network.

Mr Albanese used the second of his so-called vision speeches to pressure the Government to bring forward infrastructure projects in a bid to stimulate the economy.

Mr Albanese delivered his first major economic speech in Queensland, a state where Labor needs to win seats in its bid to win government.

He said climate change was offering a direct threat to Australia, and specifically pointed to the current bushfires that have ravaged parts of the country.

“The early arrival and intensity of the current bushfire crisis should be a wake-up call for anyone who still questions the science,” Mr Albanese said.

“We can achieve real outcomes while benefiting jobs and the economy.”

The tone of the speech was in contrast to former leader Bill Shorten’s frequent attacks on the “top end of town”, rhetoric that attracted criticism in Labor’s review of its surprise election defeat in May.

Mr Albanese spoke of his childhood, growing up in a single-parent household where his mother was on an invalid pension.

He argued the circumstances of a childhood should not dictate a person’s future.

“And growth in productivity needs intelligent budgets and a progressive tax system that incentivises investment in capital and people.”

Mr Albanese was a former infrastructure and transport minister when Labor was last in government.

He called for an overhaul of the national broadband network, which he said could boost productivity in regional areas.

“A network that revolutionises the delivery of essential services, such as health and education, and also unlocks the growth potential of our regions.”

The speech comes just days after the Government announced a $3.8 billion infrastructure spend, which it hoped would boost economic conditions.

Talking infrastructure with @AnnastaciaMP – and all the good, well-paying jobs that come with it. We need these investments now. pic.twitter.com/Ml4Xc9izVv

The package includes bringing forward infrastructure spending, including $1.8 billion in the next two years.

Labor wants the Government to go further with its infrastructure spending to stimulate the economy.

Mr Albanese said Australia was in a “productivity recession” and a failure to deal with it would limit improvements in living standards and wage growth.

“I want to lead a fiscally responsible Labor government that invests with an eye firmly fixed on productivity,” Mr Albanese said.

“A Labor government that supports wealth creation as well as its fair distribution.”