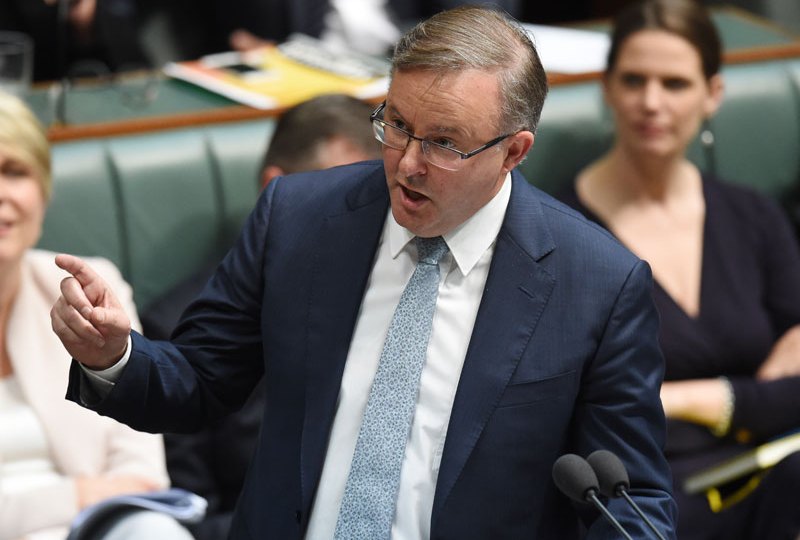 Labor leader Anthony Albanese is calling on the Morrison government not to delay an increase in the superannuation guarantee from 9.5 per cent to 12 per cent. Photo: AAP

Labor leader Anthony Albanese has vowed to champion the legislated increase in the super guarantee to 12 per cent to boost productivity and congestion-busting infrastructure.

In the second of three headland speeches to outline Labor’s policy priorities, Mr Albanese will today warn the Morrison Government against delaying the increase to super again.

“We need to plan now for Australia’s future transport needs. It’s no good announcing an urban congestion fund over 18 months ago and literally, the only expenditure has been $17 million on advertising in the lead up to the election,” he says.

“We need vision such as High Speed Rail, which would bring regional communities closer to our capital cities, and boost the case for regional business investment and decentralisation.

“There is also a crucial role for the private sector. Indeed, we will partner with the private sector, including our $2.9 trillion superannuation industry – the legacy of a Labor Government that never sat on its hands – and encourage their investment in infrastructure and technology.

“That’s why the legislated guarantee to lift super to 12 per cent is not only in the interests of those in the workforce, it is also in our national interest.”

But in an attempt to distance himself from claims of a tax-and-spend approach under Bill Shorten, Mr Albanese has vowed to build on the legacy of the Hawke Keating Government to deliver a fiscally responsible budget.

Mr Albanese also sought to highlight his working class credentials while preaching the benefits of aspiration and ambition.

“I was raised in a council house by a single mother on an invalid pension,” he said.

“So much of what Mum did added up to one thing: her hope that my life would turn out better than hers. What I saw in her was what I would eventually learn was universal. The aspiration to lift others as we lift ourselves. This is a desire that doesn’t distinguish between religion or ethnicity, postcode or bank balance.”

Speaking in Queensland, Mr Albanese also sought to highlight the work of the Rudd Government to protect Australia from recession during the global financial crisis.

“And despite the Coalition’s declarations that recession was inevitable, the actions of two great Queenslanders – Kevin Rudd and Wayne Swan – ensured that our economy kept moving forward,” he said.

The head of the nation’s largest super fund, AustralianSuper chief Ian Silk told the House economics committee on Thursday that Treasurer Josh Frydenberg’s warning about the economic “timebomb” of the nation’s ageing population was another reason not to freeze compulsory super contributions.

Mr Silk said his members were “hot to trot” on the need to boost retirement savings.

“We don’t have members turn up to briefings and say, ‘we don’t want any more super’,” Mr Silk said.

“The reverse is the case. They are very hot to trot on the issue. They’re telling me in loud and clear terms they want 12 per cent.”

Mr Silk was asked by Liberal MP Craig Kelly about the idea of allowing low-income earners to take the super guarantee increase now to help with a house deposit.

“I understand that, because who among us would prefer future consumption over current consumption?” he said.

“Particularly if you’re a modest income-earner and wages growth is pretty modest.

“But I would say this – that’s the sort of argument that was run in 1992, when the super guarantee was introduced, and the view taken then was it is important to take a long-term view.”

Mr Silk said the two most commonly raised concerns among members were how much super to have and how to stop the government tinkering with it.

Labor to champion 12 per cent increase to superannuation guarantee