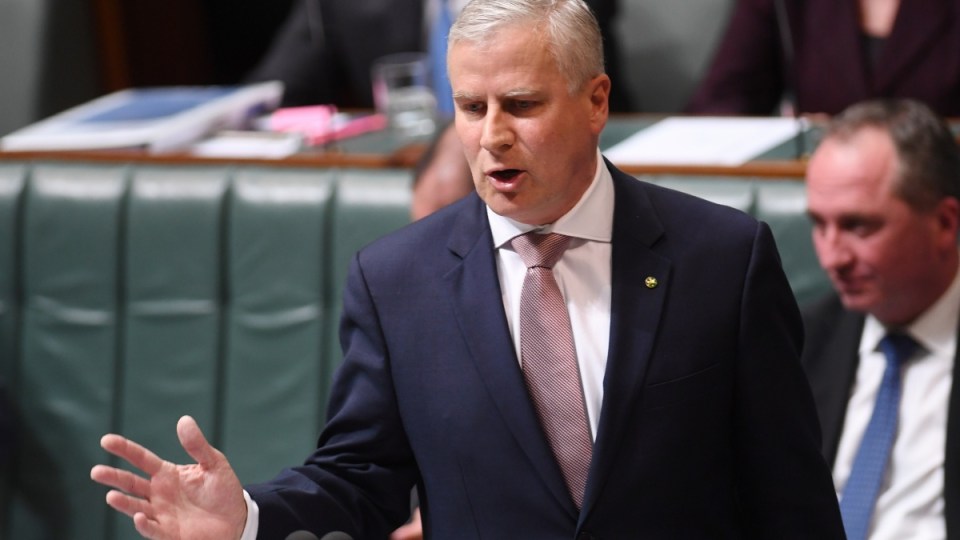 Michael McCormack has warned a vegan activist group more action could be taken after it lost charity status. Photo: AAP

Aussie Farms drew scorn from the Coalition government after publishing an online map with farmers details in a bid to expose animal cruelty.

The Australian Charities and Not-for-profits Commission revoked its charity status after an investigation but is not releasing the findings, citing privacy laws.

Mr McCormack said if Aussie Farms continued to incite activists to storm farms, a further crackdown could be needed.

“If these people look at ways and means of creating activism that is going to see people invading farms then yes, we might need to go a bit further and tougher,” the Nationals leader told reporters on Tuesday.

In a statement, Aussie Farms said losing charity status would only mean it would have to pay tax on unspent fundraising at the end of each financial year.

Aussie Farms believes the ACNC decision is related to releasing footage of an illegal slaughterhouse in south-east Melbourne and shooting of baby male goats on a farm.

The group accused the charities regulator of “clear bias” in favour of industry, but is unlikely to appeal the decision because it would be futile.

“At this stage we are calling for an external review of the ACNC’s ability to perform its role independently as it ought to do, and must now consider whether to pursue legal action for gross misuse of the ACNC Act.”

Mr McCormack said the government had taken a strong step by referring Aussie Farms to the watchdog.

“We don’t want people to invade people’s property and to let animals run free and create mischief,” he said.

“That’s what these people were doing and that’s why they needed to be stopped.”

He said farmers and agricultural workers needed to work in the safe environment they were used to.

Earlier in the year, the federal government passed laws to create offences for inciting farm invasions.