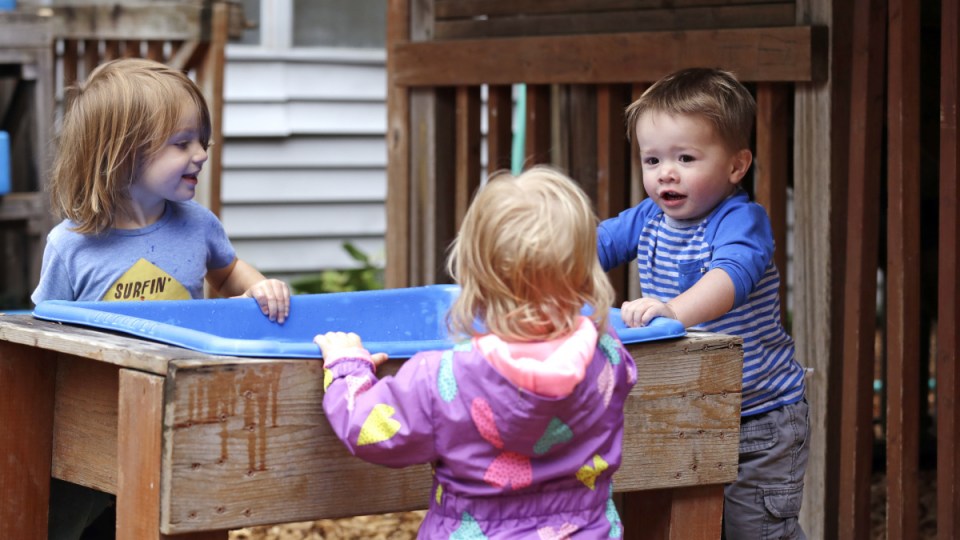 The end of the federal government's free child-care program accounted for much of the annual spike. Photo: AAP
exclusive

Families would be able to claim child care costs of up to $60,000 a year as a tax deduction under a proposal to be launched by Liberal MP Dave Sharma on Tuesday.

But there’s a catch – it would disproportionately benefit the wealthy.

It’s a debate that has raged for decades – would tax deductibility encourage more women to head back to work and encourage productivity?

But with current rebates for childcare covering up to 90 per cent of the cost of care for low-income families, many experts have traditionally argued tax deductibility only benefits the rich.

New research by the University of New South Wales, (Un)taxing Child-care, has sought to test that assumption, proposing that parents be offered a choice between the current arrangements or instead receive a tax deduction for child-care expenditures of up to $60,000 a year.

“By construction, this ensures that no household is worse off under our proposed reform,” the report states.

“They can always stick with their current subsidy if they so choose.

“Only households that would be better off under the tax-deductibility option would choose to avail themselves of that option.”

The results are surprising because the report has found even parents with a combined income of $55,000 a year could be better off by up to $600 a year.

However, the biggest benefits go to families with a combined income of $280,000 a year or more who could slash their combined taxable income to $220,000.

Under the proposal, a family that could afford to pay a nanny $60,000 a year could split the cost 50:50 between two working parents as a tax deduction.

Each parent would then be able to reduce their taxable income by $30,000.

The plan would represent a windfall gain if it was extended to cover nannies and in-home care, which is not covered by the existing childcare rebate system for most families.

“In addition to recognising child care as a legitimate work-related tax deduction, our proposal is designed to give parents the choice to increase their labour force participation,” the report states.

“A tax-deductible child care option gives parents who want to return to the workforce, or work more hours, the ability to do so at an affordable cost.”

“An obvious potential objection to our two-pronged approach is that it would disproportionately benefit high-income earners,” Professor Holden said.

“We argue, however, that this ignores the significant potential benefits of the policy for Australian families in the second-, third- and fourth-income quintiles; the true nature of the policy (as focused on worker productivity rather than welfare); and the powerful gender equality and fairness arguments in favour of the policy.”

To test the theory, the report authors commissioned Dr Ben Phillips to model the options.

He found the policy would leave more than 205,000 households better off, representing one in five of households with children.

The average couple with children would be $618 per annum better off.

The Productivity Commission has previously recommended against making child care costs tax deductible, on the basis that it is not an effective means of support for lower- and middle-income families.

It is also viewed as non-transparent, inefficient, inequitable, inconsistent with established tax-deductibility principles, and unsustainable.

“An experienced nanny can easily cost $35 per hour, amounting to over $80,000 for similar hours to long day care,” the report claims.

“The $60,000 cap for legitimate, work-related, out-of-pocket expenses strikes a balance between recognising the high cost of child care and putting some limits on overly expensive gold-plated nanny options.”

Plan for tax-deductible child care is on the table, but there is a catch