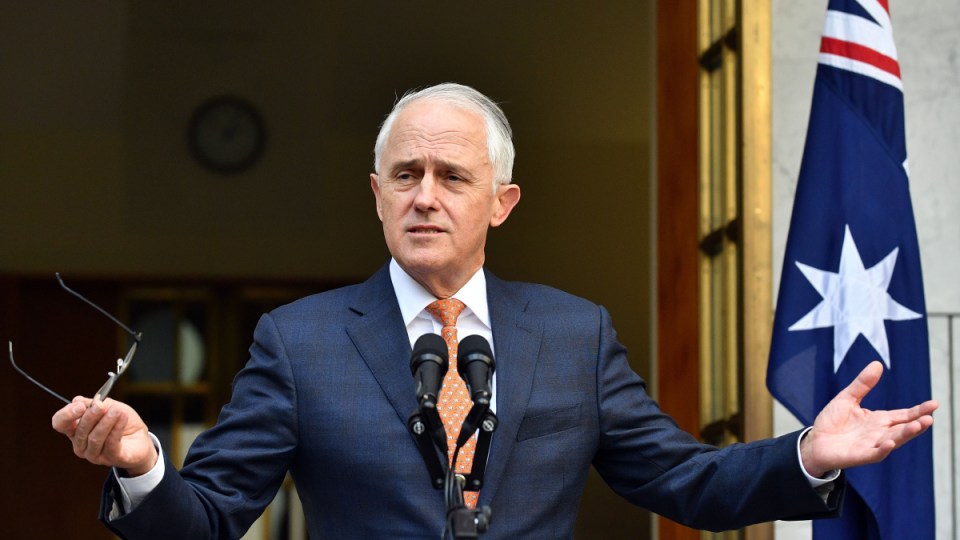 Ex-PM Malcolm Turnbull has taken a last swipe at the government. Photo: Getty

Former Liberal leader Malcolm Turnbull has declared he would have led the Coalition to an election victory over Labor if he’d stayed on as prime minister.

Retired cabinet minister Christopher Pyne asked his close friend and former boss if he would have won this year’s election had he not been dethroned.

Mr Turnbull was rolled as prime minister in August 2018, after weeks of Liberal leadership turmoil. His successor, Scott Morrison, went on to lead the Coalition to an unlikely election victory in May 2019 – despite repeated polling that had seemingly forecast a Labor win.

On Monday, even Mr Morrison back Mr Turnbull’s assessment of his federal election chances.

“I said at the time of the change that I believed he would too,” he said in Adelaide.

Mr Turnbull also had a blunt message for the Liberal insurgency, which tried to install Home Affairs Minister Peter Dutton as prime minister before Mr Morrison rose to power.

“They didn’t get the outcome they wanted. Quite a lot of them would have found Morrison even less palatable than me,” he said.

“They ended up with Morrison. They didn’t get Dutton, which is what they wanted.”

Mr Turnbull poured cold water on suggestions he should have put long-time rival Tony Abbott in cabinet to stop him from damaging the government.

“Nobody thought that was a good idea – except for him obviously, and a couple of others,” he said.

Mr Turnbull told Mr Pyne “there was no point complaining” about the August 2018 leadership coup.

“The reality is that during my time as PM I was fighting always on two fronts,” he said.

“But there’s no point complaining about it. And the fact that we got so much done is remarkable.”

He nominated legislating same-sex marriage after the postal vote as among his biggest achievements as PM.

“I looked at the arguments against it and they are bonkers,” he said.

“The idea that my marriage to Lucy of nearly than 40 years is threatened by the gay couple around the corner deciding to get married, it is laughable.”

He conceded the debate surrounding the plebiscite was hurtful and tough for some. But he maintained the emphatic ‘yes’ victory – which came almost exactly two years ago – was a proud moment for Australia.

“If you were a young kid troubled about your sexual identity, that plebiscite says nearly two-thirds of Australians are saying to you ‘we’re cool, we love you’,” Mr Turnbull said.

I ‘absolutely’ would have won, says Malcolm Turnbull