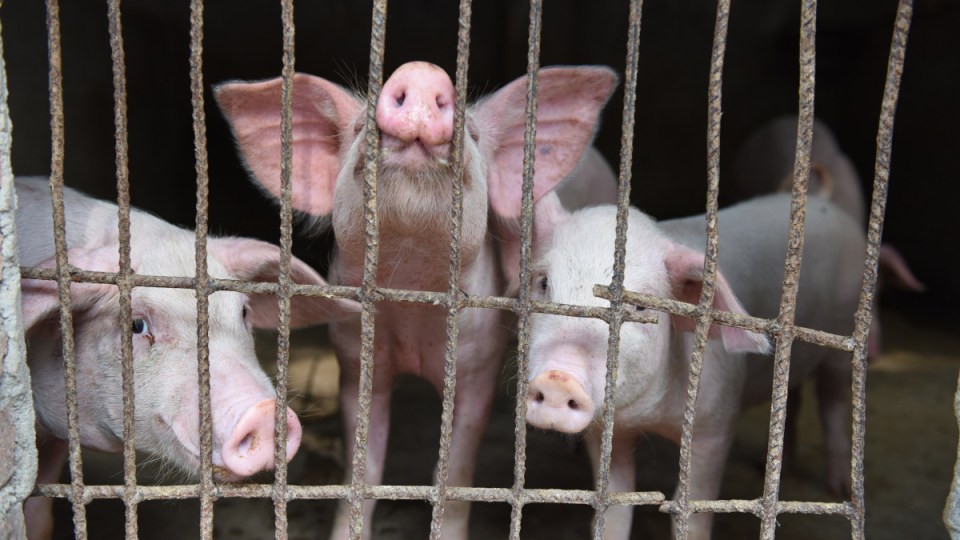 Pigs at a farm in China. The country has killed millions of pigs in 2019 to try to combat African swine fever. Photo: Getty

Australians may have to fork out up to 60 per cent more for their Christmas hams this year due to a shortage of pork, an industry spokesman says.

The cost of pork is expected to surge thanks to a spike in exports after African swine fever decimated pig herds across Europe and Asia, Victorian Farmers Federation’s Tim Kingma said.

“There definitely is a shortage of pork around the world. The last two years, the actual hams at Christmas have been fairly cheap,” the pig farmer told Melbourne’s 3AW radio on Monday.

“Because we’ve had the droughts, the costs have been more.

“We’ve actually lost over 10 per cent more of the industry – peak family farmers have gone out, so there is scope to improve and for those people to come back into the industry.”

African swine fever is an untreatable, infectious virus that affects domestic pigs, warthogs and bush pigs and kills within days. It can be spread when pigs eat infected meat products and through direct contact.

In 2019, the disease has spread throughout south-east Asia and some European countries. As yet, there have been no cases in Australia.

The contagious viral strain had left a hole in pork production “that cannot be met”, Rabobank said.

China has killed millions of pigs this year to try to halt the disease’s spread. But it is thought swine fever has already wiped out 25 per cent of the world’s pigs.

Rabobank senior animal proteins analyst Angus Gidley-Baird said global demand would not only keep local beef and sheep meat prices strong, but set them up to spike even further if it eventually rains.

“In this environment of really strong global demand, we have seen, for example, US beef import prices hit record levels at over $8/kg for lean trimmings, but there is simply not the product to send over to take advantage of these high prices,” Mr Gidley-Baird said.

The disease has no vaccine or cure. It does not affect humans.

There are estimated to be up to 24 million wild boars across Australia, sparking fears the disease could spread quickly if it gets into the wild.

‘I am not afraid’: The modern unknown soldier risks it all in Ukraine
Greens sign up for Labor’s looming jobs-and-skills summit as Liberals stick with boycott
Joe Biden’s $430b green victory for the environment
China cementing its Thailand ties with joint military exercises
NRL: Titans frantic to end 10-game losing streak as Manly showdown looms
AFL: Western Bulldogs cling to finals hopes after GWS thriller
I ‘absolutely’ would have won, says Malcolm Turnbull
Today's Stories