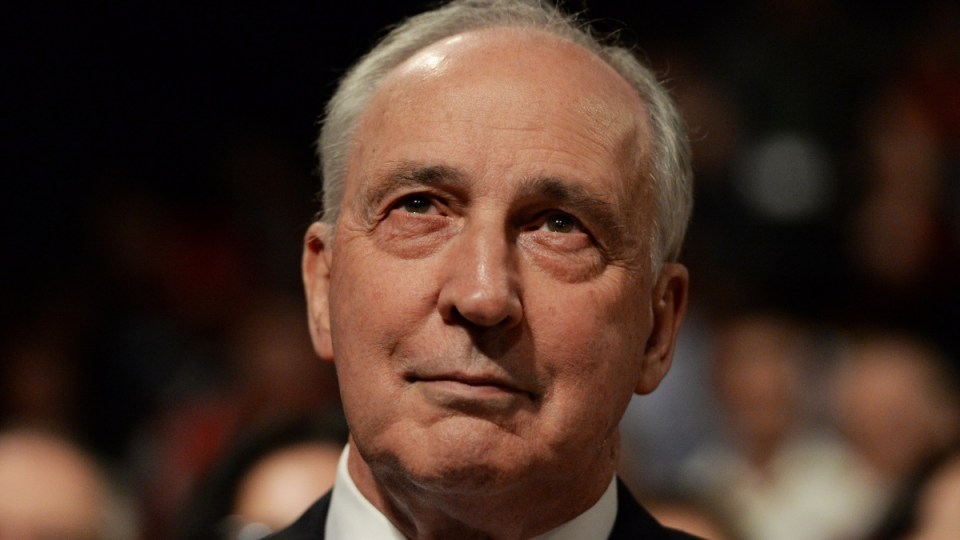 Paul Keating has attacked Australia’s intelligence agencies, a “do-gooder” media and the Morrison government for a “remarkably degenerated” debate on China where the “whispered word communism of old is now being replaced by the word China”.

Accusing the political establishment in Australia of effectively adopting a ‘reds under the beds’ mentality, Mr Keating warned it was an approach that left the nation exposed in the region. His remarks follow China’s decision last week to refuse entry to a strident critic, WA Liberal MP Andrew Hastie.

The speech, Managing the Relationship with China, was delivered at a conference in Sydney on Monday.

“My concern is what passes for the foreign policy of Australia lacks any sense of strategic realism – and that the whispered word ‘communism’ of old, is now being replaced with the word ‘China’.” Mr Keating said.

“The subtleties of foreign policy and the elasticity of diplomacy are being supplanted by the phobias of a group of national security agencies which are now effectively running the foreign policy of the country.”

Mr Keating said the “media has been up to its ears in it” in the scaremongering of an anti-China rhetoric.

“The Australian media has been recreant in its duty to the public in failing to present a balanced picture of the rise, legitimacy and importance of China,” he said.

“The Sydney Morning Herald has two anti-China stories in today’s paper. It’s the usual ‘shock and awe’ indignation,” he said.

“All fundamentally fired by alarm at the scale and speed of China’s rise. A few months ago, the Herald and The Age led with a ‘China threat’ headline. The ‘threat’ turned out to be a beat-up about China supposedly building a full naval base on Vanuatu.

“Drops to journalists by the above-mentioned agencies about another ‘seditious’ publication in a particular university or the hijinks of another Chinese entrepreneur is passed off as the evil bearing of the Chinese state.”

Mr Keating said Australia could not afford to resist the rise of China or remain ‘pious’ about democracy.

“Big states are rude and nasty – but that does not mean we can afford not to deal with them – whether it be the United States or China,” he said.

“It is the national interest and its long-run trajectory which should guide our hand and not the nominally pious belchings of ‘do-gooder’ journalists who themselves live on leaks of agencies unfit to divine a national pathway.”

“Let me be bold. I’ve left government. The fashionable thing to do when you leave government is to piss all over it,” he said.

“I actually think government policy is not too bad.”

Mr Keating said his view was that the world was fundamentally anarchic in structure and we shouldn’t confuse the relative peace of the last 30 years with the anarchy which lies latently.

“As someone said, President Trump is restoring America as a selfish state among selfish states. Never since the Roman Empire had power been so concentrated in one state. And imperial decay invariably comes from the misuse of power – which follows from its concentration.”

But former Labor MP Michael Danby said Mr Keating was “too smart to really think that Australia has a binary choice between Trump’s policy of isolationism and appeasement, and military confrontation”

“Paul Keating supports the continued ban on Huawei to protect Australian communication, showing he knows there are non-military ways of standing up for our sovereignty and our democracy,” he said.

“Also, we are able to pursue opposition to aggressive Beijing, through legislation on foreign interference & the FIRB.”

“We should pass a global Magnitsky Act,” Mr Danby said, referring to a bill signed into law by President Barack Obama in 2012, intended to punish Russian officials responsible for the death of tax accountant Sergei Magnitsky in a Moscow prison in 2009.

Such an act “will enable us to target individuals from regimes like China or Russia again enabling us to take action short of war”.