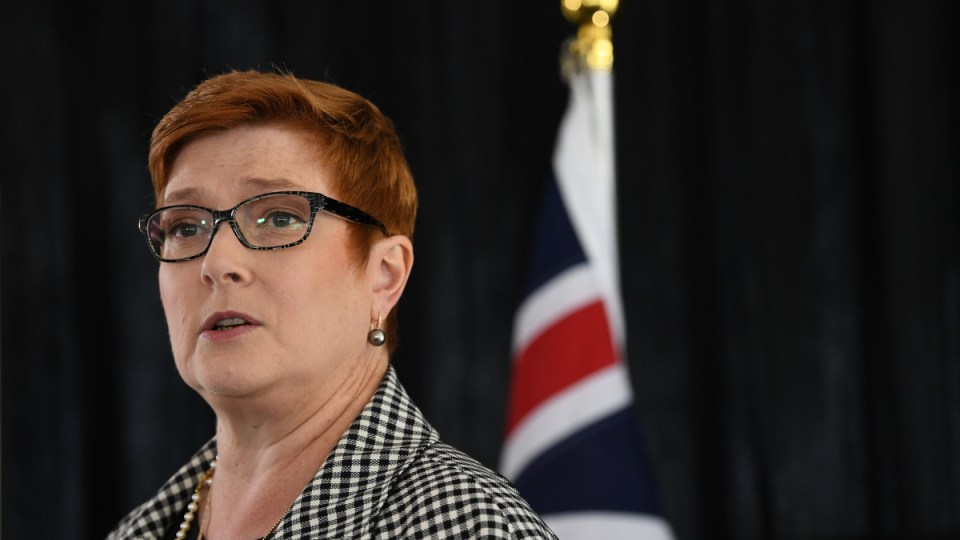 China’s human rights record is appalling, but then again Australia’s isn’t too flash either.

You wouldn’t think so if you took as your guide the defining mood that has taken hold among our politicians and our mainstream media.

Of course Foreign Minister Marise Payne is absolutely correct to express deep concern over the mass detention and treatment of thousands of Muslim Uighurs in Xinjiang province after leaked documents spelled out the “absolutely no mercy” intent of President Xi Jinping.

Minister Payne said Australia would not be deterred raising this failure to meet international human rights standards directly with Chinese ministers and officials and at the United Nations.

Don’t be surprised if China shrugs off our virtue signalling as just that.

It wouldn’t be the first time the Communist state has told us to get our own house in order.

What is at stake here is not so much the scale of Australia’s failures in this area but the fact of them.

When there were still a human rights dialogue formally between the two nations, Chinese officials regularly countered Australia’s criticisms by raising our treatment of asylum seekers.

Five years ago what was discussed at these usually private meetings was revealed by the Chinese Ministry of Foreign Affairs.

The Foreign Ministry told the ABC exactly what China was worried about.

“Especially on the protection treatment of refugees and asylum seekers”, the rights of children of refugees in education and health and whether Canberra would illegally repatriate these refugees to other countries.

Just ask the Iranian Kurdish refugee Behrouz Boochani who, for the past six years, has kept the world informed of the inhumane incarceration of himself and 1000 other asylum seekers on Manus Island.

Bouchani hit out at Labor’s Kristina Keneally for expressing sympathy in his regard.

And while Australia is rightly concerned about the denial for 10 months of legal rights to the detained Australian citizen Dr Yang Hengjun, in Beijing it is now facing questions over the detention of two gay Saudi asylum seekers.

The two, known as Sultan and Nassar, fled Riyadh after one was interrogated for being a dissident suspect and threatened with exposure for having a gay relationship.

They were detained on arrival in Australia after claiming asylum.

Former prime minister Paul Keating in his trademark fashion says Australia is caught “in the deep blue sea between two great powers – the US and China”.

Keating told The Australian Strategic Forum: “Big states are rude and nasty – but that does not mean we can afford not to deal with them.”

He was particularly scathing of current foreign policy for being “supplanted by the phobias of a group of national security agencies” who regularly brief a “recreant” or cowardly media that has been up to its ears in peddling an unbalanced picture of China in regard to Australia’s economic and strategic wellbeing.

If the media is caught up in this reheated cold war view of China, it is not alone.

China hawks on the government backbench are particularly strident – Andrew Hastie and James Paterson have copped travel bans for their efforts.

Mr Keating is dismissive of their plight and their urgers in the media.

He says “it is the national interest and its long-run trajectory which should guide our hand and not the nominally pious belchings of ‘do-gooder’ journalists”.

In the meantime, it is a pity that neither Australia or China can see the hypocrisy of their performance on human rights.

Australia all at sea with China on human rights