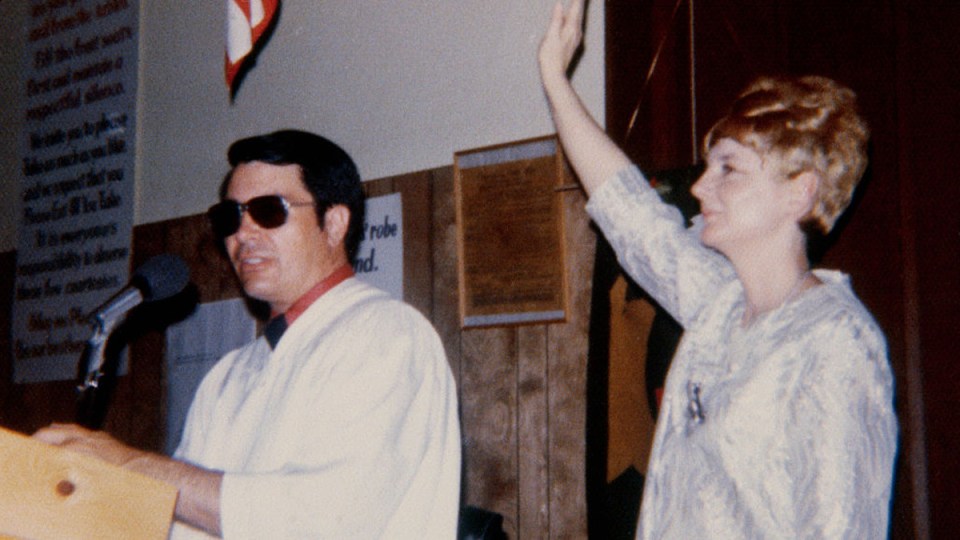 Cult leader Jim Jones coerced his followers into taking their own lives after an investigation into his Guyanese commune ended in the murder of a US congressman 41 years ago today.

A total of 909 members of Jones’ ‘Peoples Temple’, including children and infants, drank from a vat containing a mixture of cyanide, valium and sleeping pills that had been blended with grape-flavoured soft drink.

Jones was found with a bullet wound to his right temple, which appeared to have been self-inflicted.

The massacre came at a time of heightened scrutiny into Jones and the Peoples Temple, after former Temple members began to publicise the human rights violations they had been subjected to.

Jones was fearful of the media, and in 1974 sent 500 followers to Guyana to begin building an agricultural commune on a 1214-hectare (3000 acres) plot.

Guyana had been chosen because of its socialist politics, as Jones was an ardent believer in Marxist theory and even incorporated the tenets of socialism into Temple teachings.

By 1977 suspicions about the Peoples Temple were reaching fever pitch, led partly by lawyer and former Temple member Timothy Stoen who was battling to reclaim custody of his son, John, from Jones.

Mr Stoen and his wife Grace formed a group for family members of Jones’ followers, called the Concerned Relatives, and were pressuring politicians to investigate the Peoples Temple.

Recordings of Jones’ speeches to his followers revealed he believed the US would inevitably try to shut down the Temple, and even forced members of the cult to rehearse mass suicides on several occasions leading up to the massacre.

Meanwhile, the Stoens managed to convince congressman Leo Ryan to look into the group, and on November 17, 1978, he led a delegation of Guyanese officials, US media, and members of Concerned Relatives to Guyana to inspect the commune.

A number of cult members saw the visit as a chance to defect, and some covertly contacted Mr Ryan to plead for help in leaving the compound, as no one was permitted to leave without Jones’ express permission.

Mr Ryan agreed to help the defectors, and organised for a second plane to arrive at the nearby Port Kaituma airstrip to carry them back to US soil.

When the first of the two planes took off, a supposed defector named Larry Layton opened fire on the passengers using a pistol he had smuggled on board.

A group of Jones loyalists riding on a tractor then ambushed the second plane as it was boarding.

Five people including Mr Ryan were killed in these attacks, and Jones – now convinced the US and Guyanese were conspiring against him and the Temple – told his followers the only solution was a ‘revolutionary suicide’.

The phrase ‘drinking the Kool-Aid’, meaning to blindly follow a group without considering the implications, comes from the use of the powdered grape drink in Jones’ fatal concoction.