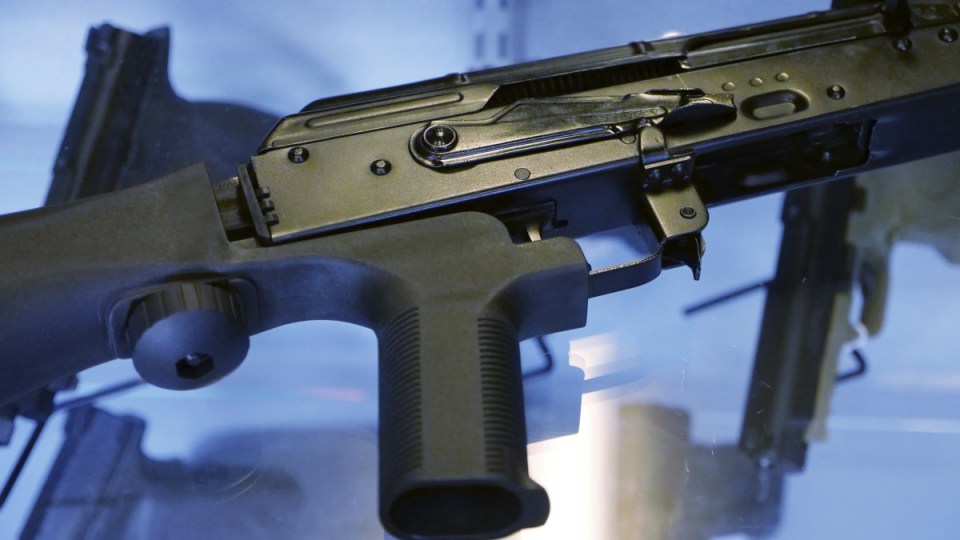 Gun attachments which increase the firing speed of rifles, like those used in the Las Vegas massacre, are set to be banned in Australia.

The federal government is reportedly outlawing the devices, along with tougher rules for serial numbers on weapons shipped into Australia for better tracking.

“John Howard made sure Australia had the toughest gun laws and I have given the green light to make sure Australia continues to be vigilant and have strong regulations,” he told News Corp on Sunday.

Bump stocks increase the firing speed of semi-automatic rifles and were used by Stephen Paddock when he killed 58 people in Las Vegas in 2017.

They are banned in Queensland and South Australia, but haven’t been made illegal in other states and territories including NSW.

Mr Wood wants the new rules in place by Christmas, with penalties of up to 10 years in jail for anyone caught importing the devices.

“Until now, border officers haven’t been searching for these devices because they weren’t on anyone’s radar,” he said.

Under the changes, serial numbers will be standardised on imported weapons and put in the same place on every gun.