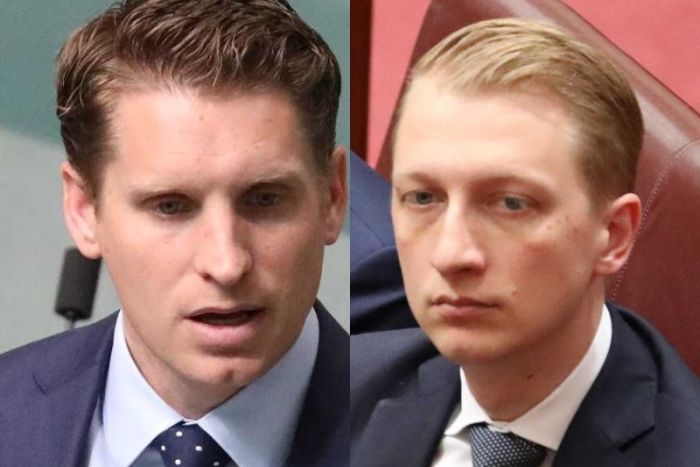 Andrew Hastie (L) and James Paterson were told they were not welcome on a China Matters study tour to Beijing. Photo: ABC

Federal Liberal senator James Paterson says he will continue to speak out about the Chinese government despite being barred from visiting the country.

But in a statement, the think tank said the Chinese embassy had informed them “that at this time Mr Hastie and Senator Paterson are not welcome on a China Matters study tour to Beijing”.

Mr Hastie and Senator Paterson said they had “looked forward to learning from the Chinese people about their culture, history and perspective during this visit” and were disappointed the visit will not go ahead.

“We are particularly disappointed that the apparent reason why we are not welcome in China at this time is our frankness about the Chinese Communist Party,” they said in a joint statement.

Both Mr Hastie and Senator Paterson have been critical about the Chinese government, speaking out about attempts to exert influence in Australia and human rights abuses against Uighurs in Xinjiang province.

Senator Paterson told the ABC the trip’s cancellation was “the price for speaking out”.

He said they had intended to engage with China in good faith despite their differences.

“There’s nothing to fear on behalf of the Chinese government from people like Andrew and I travelling to Beijing, visiting China and engaging in a genuine good-faith discussion with China’s counterparts,” Senator Paterson said.