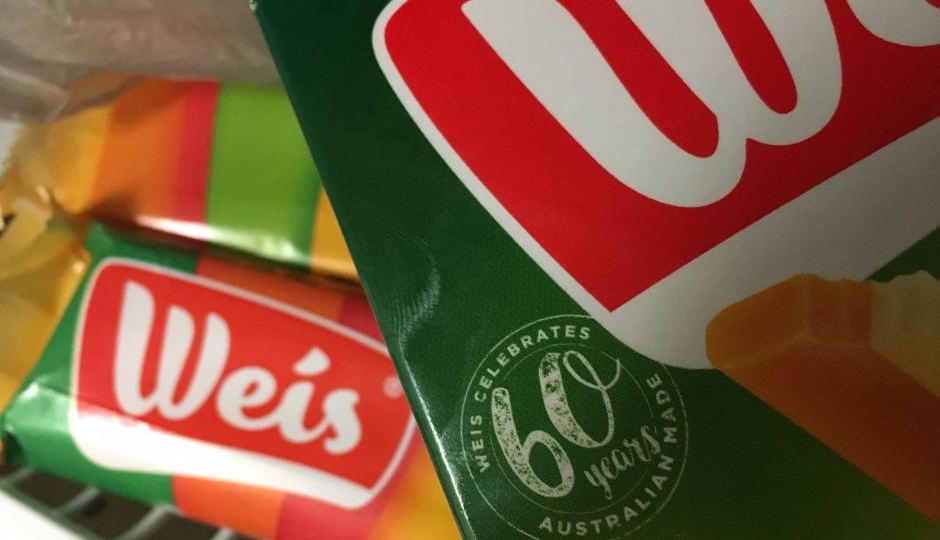 Weis Bars have been made in Toowoomba for more than 60 years. Photo: ABC

The company has said 93 jobs will be lost by the time the facility closes in December 2020.

Founder Les Weis told the ABC in 2017 the sale to the multinational company was only agreed to if the ice creams would continue to be made locally.

Weis has been operating in Toowoomba, west of Brisbane, for six decades.

“The news I got today was very different to the news we were given that day,” Toowoomba Mayor Paul Antonio said.

“I’m sad for Toowoomba. It’s the iconic nature of the Fruito Bar that’s really got to me today.”

Unilever cited costs, competition, and distribution channels in its decision to manufacture the ice cream interstate.

In a statement the company announced all its ice cream manufacturing would take place in its Western Sydney factory.

“After an extensive review, it’s become clear that consolidating our Australian ice cream manufacturing operations at Minto is necessary to achieve the benefits of scale and ensure continued strong onshore manufacturing,” the statement said.

“This is not a decision we have taken lightly and we recognise that this announcement will affect everyone on site at Toowoomba as well as the local community.

“We have spoken to the Weis family and we appreciate their deep disappointment, and we understand this is not something they would have foreseen when they sold the business to Unilever.”

The news of job cuts has hit Toowoomba hard.

“I’ve had quite a robust conversation with Unilever,” Mr Antonio said.

“They’ve made a rather tough business decision … but it’s devastating we’re losing the manufacture of one of our absolute icons.”

The first Weis bar was sold by Les Weis in 1957 at Pop’s Milk Bar, opposite the Empire Theatre in Toowoomba.

Based on the simple concept of “fruit salad and ice cream”, the original bars were made from pineapple, banana, passionfruit and cream, and were known as Fruito Bars.

Now sold all over the country, and overseas, they are still referred to as Fruitos locally.

“And part of my staple diet for a long time. I think Fruitos are responsible for an extra kilogram or two I carry!”

The Weis Bar was announced as one of Queensland’s 150 cultural icons during the state’s 150th anniversary celebrations.

“We talk about our region’s rich traditions, well guess what, Fruito is a part of that,” Mr Antonio said.

As manufacturing moves away from the town that gave the world the Weis bars, the Mr Antonio said he hoped Toowoomba would remain connected to the fruit salad ice cream.

“I did suggest to them [Unilever] that they ought to make sure on the branding, on each and every bar, … a mention of Toowoomba where they originally came from,” he said.