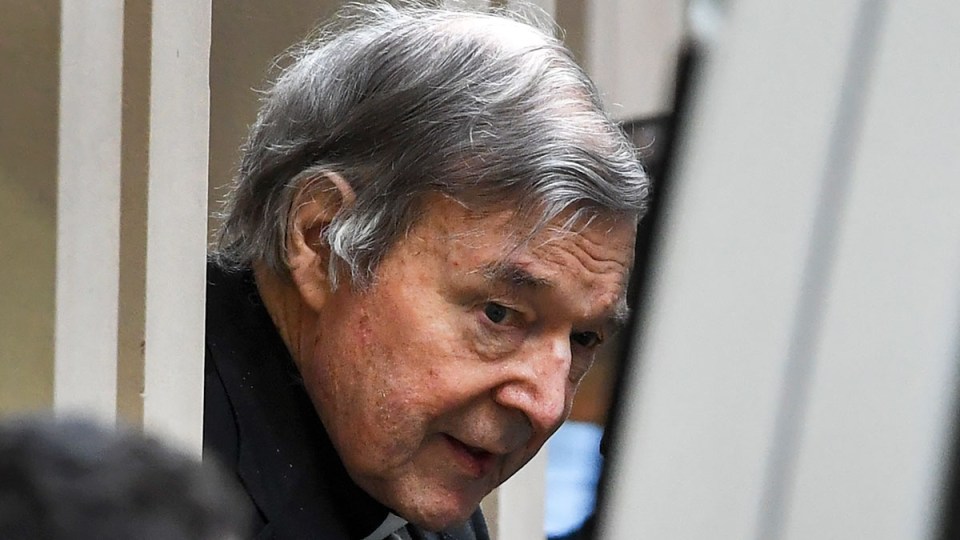 Convicted paedophile George Pell has succeeded in his attempt to convince the High Court of Australia to hear his appeal against his child sexual abuse conviction.

Pell did not travel to Canberra for the ruling, which was announced on Tuesday morning, and was not be able to see the court via video link.

Pell, 78, was found guilty by a jury of the rape of a 13-year-old choirboy and sexual assault of another at St Patrick’s Cathedral in Melbourne in 1996 but Australia’s most senior Catholic has always denied any wrongdoing.

Bret Walker SC and Ruth Shann say a mistake occurred at trial because Pell was required to prove the offending was impossible, rather than leaving that onus to prosecutors.

Second, they argued the judges erred in not finding the jury’s verdicts unreasonable, claiming there was reasonable doubt about whether opportunity existed for the crimes to have occurred.

They also claimed that changes in law over the decades since the crimes were said to have occurred make it more difficult to test sex assault allegations.

They argued Pell should be acquitted of all charges for several reasons, including inconsistencies in the complainant’s version of events.

But prosecutors argued there is no basis for the appeal, and the Victorian courts made no errors.

The special leave application was decided by Justices James Edelman and Michelle Gordon.

The hearing is unlikely to happen until next year.

Pell is now free to apply fo bail. He was listed to seek bail ahead of his original appeal, but abruptly dropped the application.

Pell took his bid for freedom to the High Court after losing an appeal to have his shock conviction quashed in August.

Pell is serving a six-year jail term. He won’t be eligible for parole until he has served three years and eight months of his sentence.

FROM ALLEGATIONS TO SENTENCE: A TIMELINE OF THE GEORGE PELL CASE

1996
* Pell appointed Archbishop of Melbourne by Pope John Paul II
* Pell sexually abuses two 13-year-old choirboys after a Sunday solemn mass at St Patrick’s Cathedral, according to a later jury finding.
* A second indecent act is committed by Pell against one of the choirboys in a corridor at the cathedral, the same jury found.

2016
* The Herald-Sun reports Pell is being investigated by Victoria Police’s Sano taskforce for “multiple offences” committed while he was a priest in Ballarat in the 1970s and Archbishop of Melbourne.
* Pell says the allegations are “without foundation and utterly false”.
* Under Vatican rules, Pell gives Pope Francis his resignation on his 75th birthday, as is customary. It is not accepted.
* Victoria Police officers travel to Rome to interview Pell over the abuse claims. He voluntarily participates in the interview.

2017
JUNE 2017
* Pell is charged with multiple counts of historical child sexual offences.
* He denies the charges and vows to clear his name.
* Pell takes leave from his Vatican finance chief role to fight the charges.

2018
MARCH 2018
* Prosecutors drop one of the charges against Pell.
* A month-long committal hearing begins to determine if Pell will face trial.
* Prosecutors withdraw more charges.
* Mr Richter claims police conducted a “get Pell operation” and accuses Melbourne magistrate Belinda Wallington of bias. She refuses to disqualify herself from the case.

MAY 2018
* Ms Wallington orders Pell stand trial on some charges but throws out others.
* Pell formally pleads “not guilty”.
* Two trials are ordered, separating the 1970s and 1990s allegations.

AUGUST 2018
* The 1990s “cathedral trial” begins in the Victorian County Court in Melbourne.
* Pell pleads not guilty again to one charge of sexual penetration of a child under 16 and four of indecent acts with a child, over incidents involving two 13-year-old choirboys at St Patrick’s Cathedral in 1996.

SEPTEMBER 2018
* The jury is discharged, unable to reach a verdict following a week of deliberation. Some jurors weep.

DECEMBER 2018
* Pell is found guilty on all charges by an unanimous jury.
* Mr Richter says Pell will appeal.
* Suppression orders prevent Australian media reporting the verdict but it spreads through international media within hours.

2019
FEBRUARY 2019
* Hearings begin ahead of the second trial. Prosecutors drop another charge.
* An appeal is filed against the cathedral trial conviction.
* A County Court judge deems vital evidence inadmissible.
* Prosecutors withdraw all remaining charges against Pell and drop a second trial over allegations Pell indecently assaulted boys in Ballarat in the 1970s when he was a parish priest.
* Pell is taken into custody on February 27 as the plea hearing begins.

MARCH 2019
* Pell is sentenced by County Court Chief Judge Peter Kidd to a maximum of six years in prison. He must serve at least three years and eight months in jail before being eligible for parole. He will be a registered sex offender for life.

JUNE 2019
* Court of Appeal considers Pell’s application to challenge his conviction on June 5 and 6.

AUGUST 2019
* Court of Appeal rejects Pell’s appeal in a 2-1 decision, meaning he will remain behind bars.

NOVEMBER 2019
* The High Court grants Pell special leave to appeal his conviction, the date of the substantial hearing is yet to be fixed.