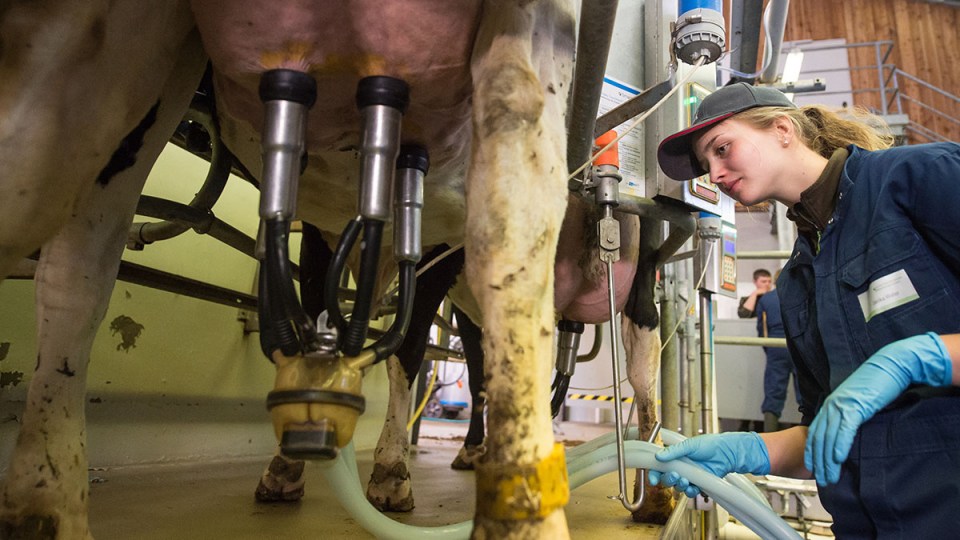 New rules are being written by policymakers who say they want to stop dairy farmers being ripped off by the companies buying their milk.

But will this plan actually help the hardworking people mustering the cows every morning?

Farmers say no way. They think the federal government’s rules will actually make the problem worse. Here’s why.

In Australia, dairy farmers make money by selling their milk to processors who turn it into products like cheese or ice-cream before selling it to supermarkets.

But not all processors treat suppliers with the respect they deserve.

Complicated contracts, withholding loyalty payments for sticking with the same processor, and delaying their announcement of the opening milk price each year (what they plan to pay farmers per volume of milk) are just some of the ways processors try to trap farmers into sticking with them.

Dozens of farmers have suffered huge losses from dealing with unethical processors. It’s driven some out of the industry altogether, and even more to live with severe stress.

The government’s new regulations were meant to “increase fairness and transparency between dairy farmers and processors”.

But in a new draft released by Agriculture Minister Bridget McKenzie last month, there was a particular phrase that’s raised eyebrows.

It said processors could change contract conditions after they were signed if there are “circumstances beyond reasonable control of the processor”.

A bit ambiguous, to say the least, farmers said.

Even the government’s own competition watchdog, the Australian Competition and Consumer Commission (ACCC), believes the draft code could give more power to big multinational companies.

One Nation Leader Pauline Hanson has even called for Agriculture Minister Bridget McKenzie to be sacked over it.

It’s all too little, too late for south-west Victorian farmer Jack Kenna. After 42 years of milking, he was forced out of farming after being misled on prices by processor Murray Goulburn.

Mr Kenna said the new draft code would only give milk processors an easy way out of sticking to deals inked with dairy families.

“It means the processors are protected, and we’re not,” he said.

“We’re very vulnerable and I don’t think politicians on either side communicate with us enough.”

He said more must be done to protect suppliers from the likes of the Murray Goulburn milk pricing scandal.

In 2016, the company – Australia’s largest milk processor – pushed dozens of farmer suppliers into hundreds of thousands of dollars of debt by announcing that not only would it slash the farm gate price for milk to below the cost of production, it would also claw back past payments.

“It was devastating because we’d made financial decisions based on a healthy milk price and all of a sudden it threw out our budgeting,” Mr Kenna told The New Daily.

“We had to sell our cattle, sell our plants, sell everything.”

Since 1980, the number of dairy farms in Australia has dwindled from 22,000 to fewer than 6000, adding even more pressure on those left behind.

“Instead of producing our own milk, we’re going to have to start importing it, if we’re not doing that already,” Mr Kenna said.

“A contract is a contract, but there have been a few changes to the wording of the code, only about six or seven words, that lets the processors get out of it,” Mr Conheady told The New Daily.

The high quality of Australia’s primary produce is well known around the world.

Australian beef is so popular that despite producing only 3 per cent of global beef production, it accounts for around 17 per cent of world trade and has remained one of our largest exporters for 70 years, according to a recent report by Meat and Livestock Australia.

But Mr Conheady said the government needed to urgently support our agriculture industries or risk losing them all.

“Wars have started and finished over food so don’t think history isn’t going to repeat itself,” he said.

“We’ve got it all here, that’s the gold – it’s not the mining industries because they’re a finite resource – and we’ve got to look after it and not take it for granted.”

Speaking to ABC radio on Tuesday, Senator McKenzie conceded there were “issues” with the draft code and encouraged farmers to have their say online or by attending town consultations.