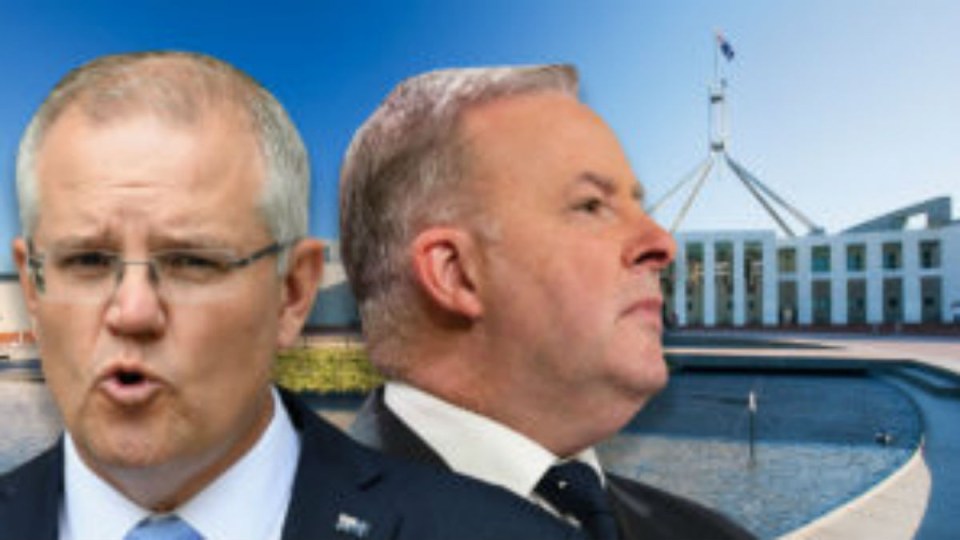 The latest Newspoll shows Labor and the Coalition on an equal footing. Photo: The New Daily

The coalition and Labor are even in two-party preferred terms for the first time since the May election, the latest Newspoll shows.

The turnaround in the ALP’s fortunes comes as Prime Minister Scott Morrison battles the drought and a faltering economy.

The government’s billion-dollar drought relief package has not tracked through to the voters interviewed for the latest Newspoll in The Australian on Monday.

Labor’s primary vote has risen two points to 35 per cent despite a damning review into its loss in the May election while the Coalition’s dropped to 40 per cent, down two points.

Mr Morrison remains the preferred prime minister. Net satisfaction with his leadership was at 46 per cent despite a slight dip while Opposition Leader Anthony Albanese’s rating rose to 42 per cent.

Labor has drawn level with the Coalition for the first time since the May election according to the latest poll. The data has the government and the ALP tied with a 50/50 share of the two party preferred vote. https://t.co/OF81oZFF1j #auspol #7NEWS pic.twitter.com/wSrcn3Ctbp

The Newspoll, based on 1682 voters across the country in urban and regional areas, was carried out between Thursday and Sunday.

The slide in support for the Coalition puts the warring sides at almost equal footing.

The Australian reports Pauline Hanson’s One Nation continued to gain traction, lifting its primary vote to 7 per cent after posting an election result of 3.1 per cent.

Meanwhile Anthony Albanese is confident he will still be leading the Labor party at the 2022 election, but insists it is not about being popular now.

On Thursday, Labor party elders Craig Emerson and Jay Weatherill released their long-awaited review of what turned out to be a disastrous 2019 election campaign.

It criticised the campaign for scaring voters with enormous and complex policies while lacking a strategy and failing to address then-leader Bill Shorten’s unpopularity.

Asked on ABC television’s Insiders program on Sunday whether the leadership of the Labor party will now be judged through the prism of unpopularity and whether he is prepared to be cast aside by his colleagues, Mr Albanese said: “I will lead Labor to the next election.”

He said he has already outlined a clear strategy for the future of the party, but has yet to rule out controversial policies like ditching franking credits, which proved a concern for some pensioners, even when they didn’t own shares.

“We’ll make our announcement under our terms with proper processes,” Mr Albanese said.

He said as the next election is not until 2022, the party will outline in an “orderly and strategic way” the policies it will and won’t do in plenty of time before then.

“One of the things that we should have learnt from the last term was that elections aren’t decided two years out,” he said.

“We were ahead in every Newspoll, in every published poll in the two years leading up to the election, except for when it counted – on the Saturday in the polling booth.”