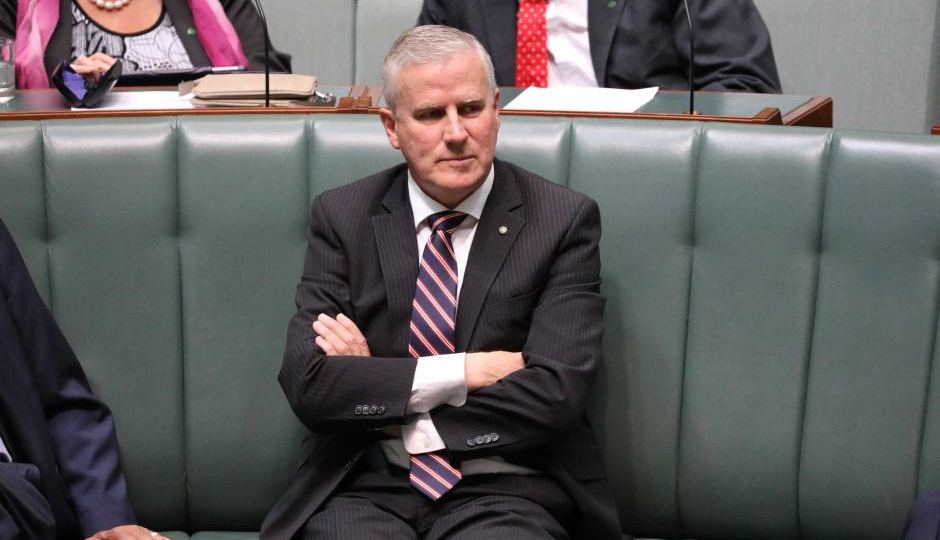 Deputy Prime Minister Michael McCormack has slammed “raving inner-city lunatics” for talking about climate change when hundreds of homes in NSW and Queensland are in peril from bushfires.

Accusing environmentalists and the Greens of “disgraceful, disgusting” behaviour, Mr McCormack said he was sick and tired of people like the Greens MP Adam Bandt sitting in apartments in Melbourne preaching climate change and calling for the coal industry to be shut down.

“Now is the time to put fires out … We have a situation that could prove catastrophic,” he told ABC radio.

“What people need now is a little bit of sympathy, understanding and real assistance; they need help, they need shelter. They don’t need the ravings of some pure, enlightened and woke capital city greenies at this time when they’re trying to save their homes. It is disgusting and I will call it out every time.”

Mr McCormack said the Morrison government was trying to take sensible action on climate change without shutting down industries.

“It’s not about cheap political point-scoring. Not the ravings of some greenie in his apartment in Melbourne, crying out how bad coal is.”

I’m deeply saddened by the loss of life. Hearts go out to all affected & to brave firefighters.

But words & concern are not enough.

The PM does not have the climate emergency under control.

Unless we lead a global effort to quit coal & cut pollution, more lives will be lost.

But he warned he would not cop PM Scott Morrison being blamed by the Greens for the loss of homes and lives in bushfires.

“What really galled me is that he blamed Scott Morrison and the government for the loss of those lives,” he said.

“We’ve had fires in Australia since time began.”

During the interview, Mr McCormack was pressed by the ABC’s Hamish McDonald over climate change groups and emergency services groups struggling to get in the door to meet with ministers. He said sometimes these groups pretended to be people they were not and were a “front for something else”.

“Sometimes you meet with these groups and, honestly, all they want to do is waste your time,” he said.

Three people have been killed and 150 homes destroyed in NSW and there are still 45 fires burning in central Queensland.

NSW has just declared ‘a state of emergency’ for the next 7 days. @abcnews

Last week, a local mayor, climate change policy expert, firefighter and resident whose father’s home was destroyed in the early-season fires told The New Daily they wanted climate change at the centre of the conversations about the deadly emergency.

Glen Innes Severn Council’s mayor, Carol Sparks, who lost her home, said “there is no doubt about it, we are suffering from the effects of climate change and global warming”.

“The trees are dying and they are so dry and volatile,” Cr Sparks said.

“I think that Michael McCormack needs to read the science, and that is what I am going by, is the science,” she told the ABC.

“It is not a political thing – it is a scientific fact that we are going through climate change.”