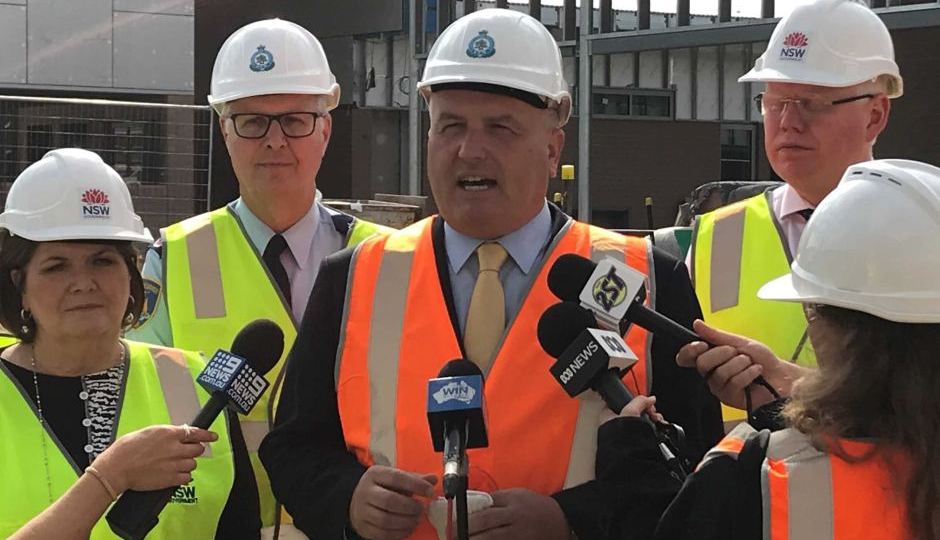 David Elliott (centre) has reportedly admitted he "blew up" at a P-plater Photo: ABC

NSW Police Minister David Elliot has denied grabbing a teenage P-plater’s arm during a heated argument on a Sydney road, but admits telling the teenager he “worked for the cops”.

Mr Elliot says the 17-year-old male driver clipped his car and drove off on Windsor Road, Baulkam Hills, on October 17.

The teen’s father has told The Australian the minister chased his son through the Castle Hill backstreets before grabbing his arm, which Mr Elliot strongly denies.

“I spoke to him through the passenger’s side. No one touched anyone,” Mr Elliot told the newspaper.

However, he did admit that he “blew up” when the youth refused to exchange contact details and swore at his wife.

“He claimed he didn’t have to so I said I work for the cops,” Mr Elliott said.

“He didn’t believe me so I gave him my business card.

The boy’s father said when his son phoned him during the verbal altercation he could hear a man “yelling and screaming” in the background.

“I think in this day and age when road rage is quite high-profile, it is poor form by someone in that position to be (behaving like that),” the father told the newspaper.

“You have got no right to invade someone’s personal space.”

The Australian reports that NSW Premier Gladys Berejiklian has spoken to Mr Elliot about the incident.

“I’ll be paying the damage because it’s probably under the excess,” he said.

“But I’m dirty about it and furious he swore at my wife.

“Even after I gave him my business card and said he was obliged to exchange details he kept swearing and carrying on.”

‘I am not afraid’: The modern unknown soldier risks it all in Ukraine
Energy market reform will be a big boost for emissions reductions: Chris Bowen
Greens sign up for Labor’s looming jobs-and-skills summit as Liberals stick with boycott
Joe Biden’s $430b green victory for the environment
China cementing its Thailand ties with joint military exercises
NRL: Titans frantic to end 10-game losing streak as Manly showdown looms
Why Margie was missing from Tony Abbott’s big night
Today's Stories