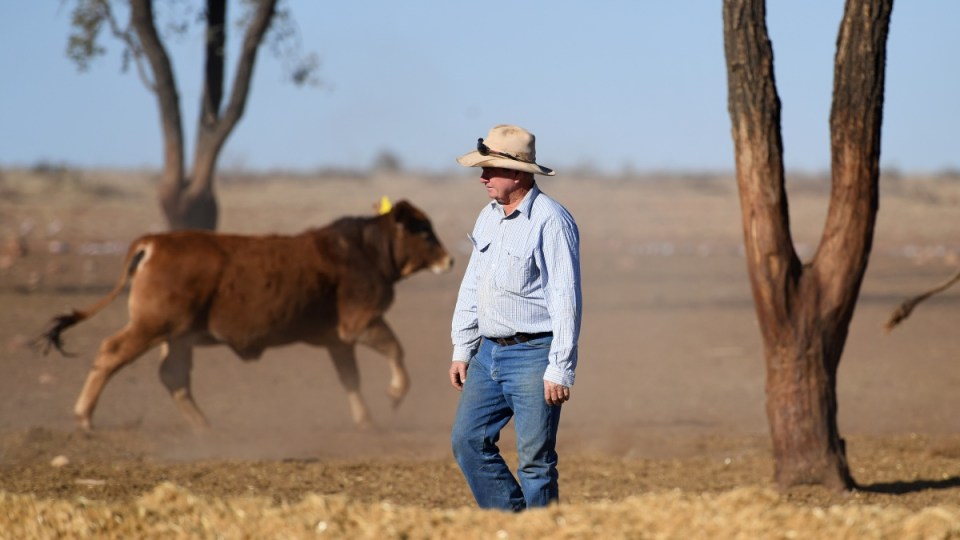 The initiative is part of the government’s latest tranche of drought-relief, which also includes loans that are interest free for two years.

The loan program has sparked suggestions the Commonwealth is simply pushing struggling farmers deeper into debt.

Up to 6000 farmers are expected to access the water originally destined for Adelaide, and it must be used to grow fodder.

The deal will cost the federal government almost $100 million and will be reviewed in April next year.

The Commonwealth will help South Australia turn on a desalination plant in return for the additional flows.

“We are keen to understand more of the detail around exactly how the 100 gigalitres of new water will be allocated and managed for southern basin fodder producers,” National Farmers’ Federation president Fiona Simson said.

The NFF has broadly welcomed the other measures, but also wants a plan to deal with future droughts.

Labor’s water spokesman Terri Butler wants the release of feasibility study into the desalination plant, which was due to be presented to government in March.

“We need it so we can get a sense of whether the decision to turn on the plant is aligned with the science and what other opportunities are there to use the desalination plant,” she told AAP.

The new measures also include a program to allow small businesses dependent on agriculture to apply for loans of up to $500,000 that can be used to pay staff, buy equipment and refinance.

Pastoralists’ Association of West Darling vice president Lachlan Gall said some farmers would be reluctant to take on more debt.

“We just don’t know how long the drought is going to go,” he told AAP.

It would still take about nine to 18 months for grains to be ready for harvest once it rains again.

“When the drought breaks it rains out of the sky but it doesn’t rain cash,” Mr Gall said.

Senior cabinet minister Peter Dutton denied the government was saddling farmers with more debt, saying each business needed to be looked at individually.

“But it does have the potential to help some farmers either restock, to make sure that they can get through the next stage of drought, or to redefine their business,” he told the Nine Network on Friday.

“I think it gives that flexibility.”

The government will also redirect $200 million from the Building Better Regions Fund to support drought-stricken communities, and pump an extra $138.9 million into road projects.

Each of the 122 drought-affected councils and shires along the east coast will be given an extra $1 million, if they need it.

At least six new shires and councils will also be offered $1 million.