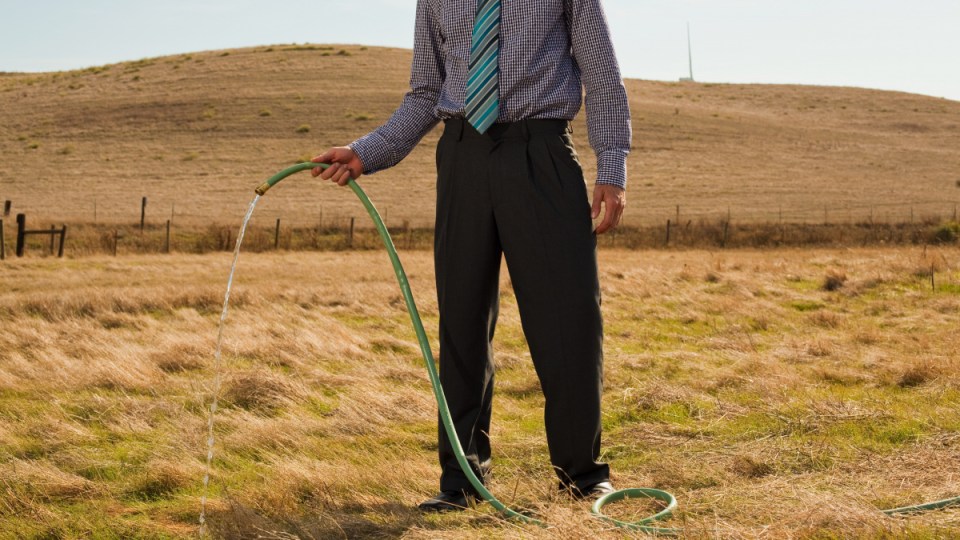 Drought-affected small businesses will get access to cheap loans and millions of dollars will be released to local councils for job-creation projects, under a plan to be unveiled by Scott Morrison.

As well, the conditions on already-concessional loans for farmers will be eased further to help them get through the drought.

The prime minister will on Thursday reveal a multi-million dollar plan to add to existing drought support measures.

“Our drought plan is not set and forget,” Mr Morrison said.

“We have been back on the ground listening to farmers and their communities, and this package is a direct response to their feedback.

“This is money in the pockets of our farmers to help keep their stock fed and watered, their staff and farm hands paid and their crops irrigated.”

About two-thirds of Queensland is affected by drought, while over 98 per cent of NSW has been impacted.

Victoria has a number of dry regions, mainly in the northwest, while Western Australia and South Australia have set records for low rainfall.

Under the improvements to the Regional Investment Corporation’s farm drought loans, the interest-free period will run for up two years, with interest-only payments in years three to five and interest and principal for years six to 10.

The current conditions are interest-only for the first five years and principal and interest for the remainder of the 10-year term.

Small businesses dependent on agriculture will have access to concessional loans of up to $500,000, under similar conditions to the new drought loans.

It will cover businesses such as harvesting and shearing contractors, livestock transport providers, stock and station agents and agricultural equipment and repair providers which employ 19 workers or fewer.

The government will also redirect $200 million from the Building Better Regions fund to create a special drought round, providing up to $10 million per project in regional local government areas.

Up to $138.9 million will be provided via a Roads to Recovery supplementary payment for 128 local government areas in drought, for upgrades and maintenance of roads.

And six more local government areas will be added to the existing drought communities program, which since 2018/19 has involved a commitment of $123 million to a range of job-creation projects.

More announcements are expected to be outlined on Thursday, building on the work of drought task force coordinator Major-General Stephen Day.

Deputy Prime Minister and Nationals leader Michael McCormack said the package was another step in a series of short and long-term measures already announced.

“We are working on measures to assist in the recovery when the rains come, which includes the government’s billion dollar investment in water infrastructure,” he said.

“We will continue to listen to drought-stricken communities, respond to this drought and support those in need. We will not walk away from those communities, not now, not ever.”

Nationals MPs have been calling for $1.3 billion to be spent on drought-affected communities.

Labor has accused the government of sitting on its hands, having had a report from the drought task force led by Maj-Gen Day since April.