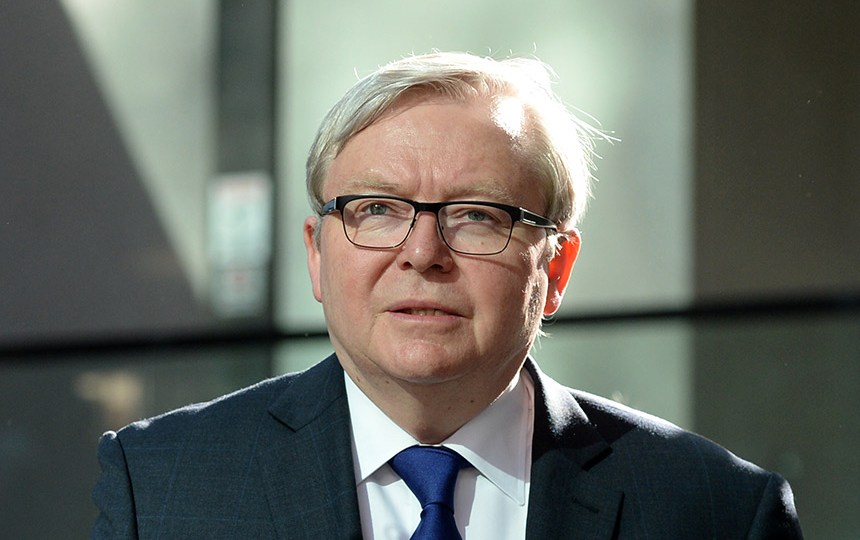 Kevin Rudd believes the reasons behind Labor's loss in the May election were simple and says voters never liked or trusted Bill Shorten as leader. Photo: Getty

Kevin Rudd has taken another pot-shot at Bill Shorten, blaming him for the shock election loss on the grounds he was never “trusted or liked” by Australian voters.

As the ALP braces for a post-mortem into the election loss, the former prime minister has taken another swing at the man who replaced him as leader in 2013.

Mr Shorten played a pivotal role in the leadership coup that removed Mr Rudd as leader but then switched sides to bring him back after Julia Gillard’s popularity flatlined.

Despite not raising any public criticisms before the election loss, Mr Rudd says it’s now clear he never had the popularity to win an election.

“Number one, the Australian public neither liked nor trusted our leader, as demonstrated in five years of opinion polling,” he said.

“Two, you shouldn’t redesign tax and retirement income systems from opposition; it creates an opportunity for a fear campaign on the part of your conservative opponents.

“Three, the Murdoch media … hate us and they want to destroy us, they want to rip us limb from limb and then leave us in a bloodied heap on the carpet. Apart from that, they’ve been fair.”

Mr Rudd was supportive of the leadership of Anthony Albanese, who served as his deputy prime minister during his return to the top job after he rolled Julia Gillard.

“I just know his temperament well enough and his intellectual habits well enough to know that he’s just not into the bull***t,” he said.