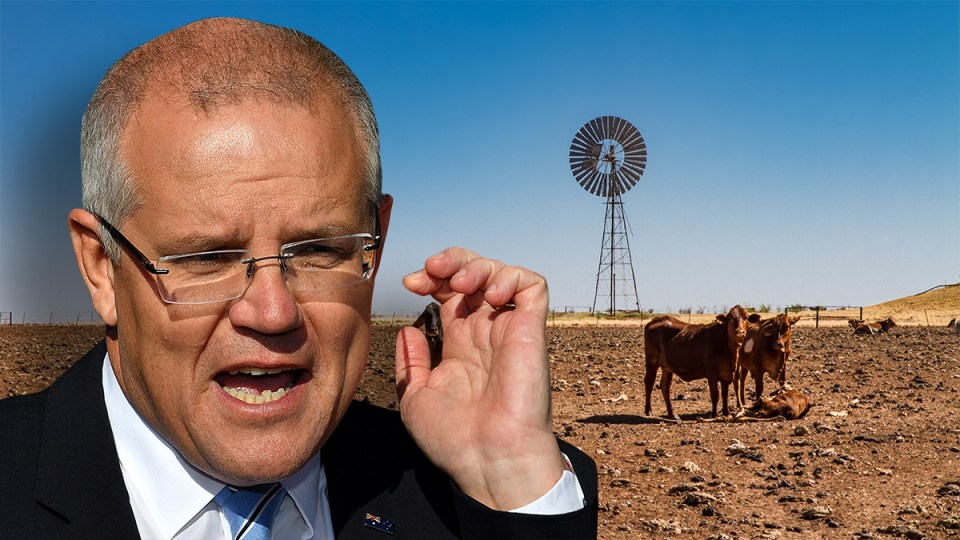 Drought-hit communities are awaiting the outcome of cabinet talks on a long-term strategy.

The Morrison government insists it hasn’t been sitting on its hands over drought response in the seven months since being given a blueprint to support the nation’s farmers.

Prime Minister Scott Morrison and his cabinet are expected to thrash out the final details of a drought strategy on Wednesday.

Water Minister and Nationals MP David Littleproud said the package would not rely on the states to match it.

Instead, the government wants to see state governments complement the federal package with reduced local council rates and payroll taxes.

“We’re gonna cut the cheque and we’re going to get the money out,” Mr Littleproud told Sky News.

“We’re not going to play politics, we’re going to get on with the job and deliver.”

His Nationals colleagues have been calling for $1.3 billion to be spent on drought-affected communities.

Mr Littleproud said the drought package, expected to be unveiled on Thursday, would be “significant”.

It is understood a drought task force led by Major-General Stephen Day recommended a focus on “preparedness”, rather than responding after long dry spells impact on farmers and rural communities.

Maj-Gen Day’s task force was set up in August last year to advise on a “long-term drought resilience and preparedness strategy” as well as more immediate measures.

His report was given to the government in April.

It is understood it called for better ways to encourage farmers to set aside money in the good times, improvements to the way agricultural science is shared with farmers, “good practice” incentives to encourage better management of vegetation, water, soil and biodiversity, and a simplified and targeted farm household allowance system.

As well, the task force called for water to be better managed at a national level and the overall direction of drought policy to be aimed at “preparedness”.

Cabinet minister Simon Birmingham said the coalition had rolled out a “continuous strategy of response”, but noted more needed to be done.

“There’s been some $7 billion worth of investment to date to provide direct support to farmers, direct support to drought-affected communities, and to invest in building greater resilience in the future,” he told the ABC on Wednesday.

“I have no doubt that the Prime Minister (will be) … looking at what else can be done in a tangible way to ease the burden on those communities and to make sure that when the drought ends, they’re able to rebuild their businesses.”