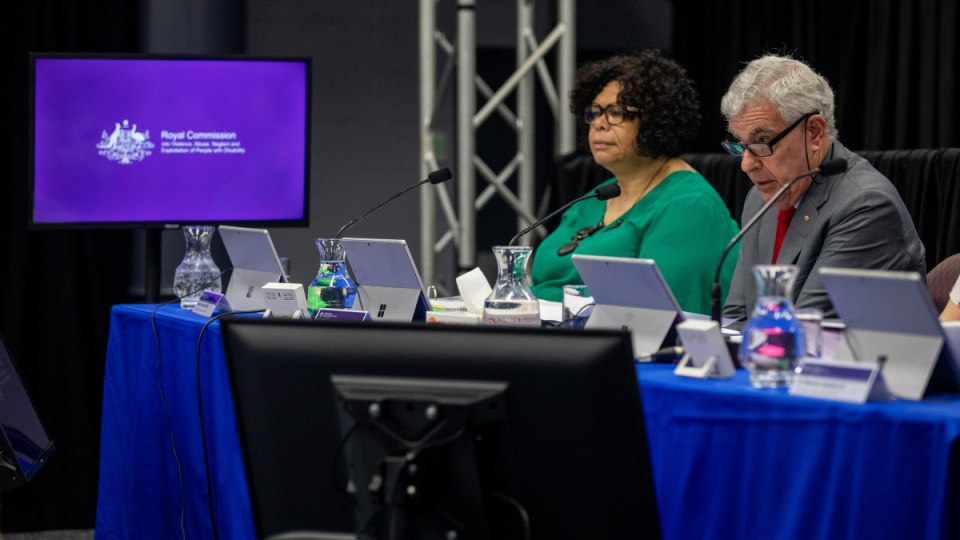 The commission has been told while there are amazing teachers many don't want disabled children in their classrooms. Photo: AAP

A mother of five disabled children says her oldest son was so terrified of bullies, he took a knife to school to protect himself.

The woman, who is a special education teacher with a masters in her field, told the disability royal commission public hearings all five of her children struggled with bullying from both students and teachers.

She told the commission on Tuesday of harrowing physical abuse of students and teachers dragging disabled children by their arms.

Students were denied bathroom breaks, with non-verbal students forced to sit in their own urine when teachers denied access to the toilet.

Despite three of her children being awarded academic scholarships to private schools, teachers failed to understand or make allowances for children with a disability.

“You’re made to feel like the teachers are overworked, overburdened, it’s too much – it’s too hard for them.

“There’s a real lack of understanding that for my children to succeed, they need adjustments made in social and emotional, both inside and outside the classroom.”

Teachers threw markers at her children, took their chairs away forcing them to stand for hours, and even ripped up homework that was “too messy”.

One teacher repeatedly taunted one of her children for being “stupid” in front of the class.

She said while there were “amazing teachers” in the system there were many who did not want disabled children included in the classroom.

“I’m surprised to find that I work with people, including principals and administrators, who still think that children with disability should not be taught in an inclusive environment or actually understand what it looks like in reality.

“It breaks my heart to think that people still think that children with a disability don’t have the same rights as everybody else.

“It shows me that there’s such a long way to go.”

The public hearing into violence, abuse, neglect and exploitation of people with disability is focused on education at its first public hearings in Townsville.