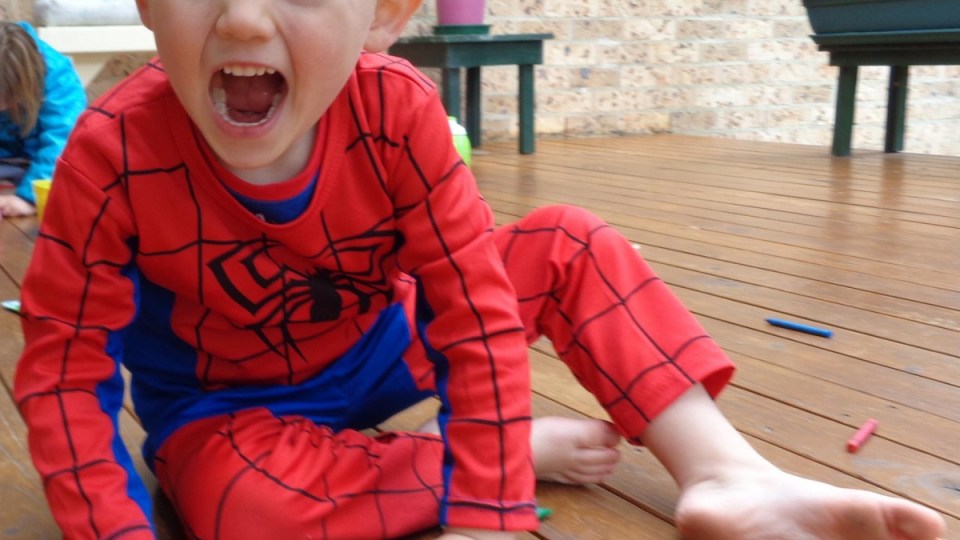 William Tyrrell was playing in the backyard of his foster grandmother's home when he went missing. Photo: AAP

The washing machine repairman who became the chief suspect in one of Australia’s biggest child abduction mysteries has revealed for the first time how the ordeal “shattered” his life.

Bill Spedding became the highest-profile person of interest in the police investigation into the 2014 disappearance of three-year-old William Tyrrell, who became known as the “boy in the Spiderman suit”.

Despite an intensive police investigation and a record $1 million reward for information, no trace of William has ever been found and the case remains unsolved.

In an exclusive interview to air on Four Corners on Monday night, Mr Spedding, who was wrongly targeted by police, reveals how the investigation ruined his quiet life and destroyed his business.

“Up until this point we’ve had no life at all and we’ve basically got to restart over again,” he said.

“It wasn’t just New South Wales. [The publicity] was Australia and worldwide, and that is damage that can never be repaired.”

William, a foster child, disappeared from outside his foster grandmother’s home in the NSW mid-north coast township of Kendall on September 12, 2014.

In August this year, an inquest heard it was likely William was abducted by someone who took him from outside the house in a car.

But who that was remains a mystery.

Mr Spedding has taken aim at the police, including Gary Jubelin, who until recently was the lead detective on the case.

Mr Jubelin took over the investigation in February 2015, after Mr Spedding had been publicly identified as a person of interest.

“Gary Jubelin said to me ‘Mr Nice-Washing-Machine-Man, we’re going to ruin you’,” he told Four Corners.

Mr Jubelin told Four Corners he did not recall the exact details of the conversation. When asked if he said those words, he said: “I deny saying those words to him. I don’t deny speaking to him.”

Mr Jubelin said it was the right decision to continue to investigate Mr Spedding.

“It might sound somewhat ironic — and I don’t expect Mr Spedding to understand this — but the best thing that I could do for Mr Spedding is to ensure that a thorough investigation was done,” he said.

Mr Jubelin does not have any regrets.

“I look back and think, well, that’s a shame it played out so publicly.

Mr Spedding told police that on the morning William disappeared he had a coffee with his wife Margaret at a local cafe and went to a primary school assembly to watch his grandchild receive an award.

It took police months to investigate his alibi.

Mr Speeding’s whereabouts were confirmed this year at the coronial inquest by a parent who said he saw Mr Spedding at the assembly.

Mr Spedding and his lawyer Peter O’Brien believe the police focus on him came at the expense of other more promising leads.

“Because of that very narrow focus, then that myopia can really distort the manner in which the police go about their investigation,” Mr O’Brien said.

“[It] can be a false lead or mean that other opportunities for the investigation to take a more productive or fruitful route are lost.”

Mr Spedding became the chief person of interest in the investigation after detectives raided his home and business in January 2015.

He was led into a waiting police car in front of a large media pack.

Mr Spedding said after a six-hour interview at the police station, one of the detectives gave him a warning.

“We know you did it. We’re going to get you. I’m going to come and arrest you,” Mr Spedding says he was told.

“I said, ‘I haven’t done anything. What are you talking about?’.”

A few days after the raid, child welfare authorities took the Speddings’ grandchildren away.

“We had to say goodbye to them, and that was terrible,” Bill’s wife Margaret Spedding said.

Police later decided to charge Mr Spedding over allegations of child abuse from 30 years ago despite the claims having been discredited and dismissed by authorities back when they were originally made.

When the charges came to the NSW District Court, the prosecution case collapsed and the judge threw the whole case out.

“Ultimately the judge was completely unsatisfied with the reliability of the evidence that had been presented by the Crown case,” said Mr O’Brien.

“[The judge] found that she could not be satisfied even that there was a case to answer by Mr Spedding and rejected the prosecution case, acquitting him and ordered costs to be paid in his favour by the prosecutors.”

A NSW police spokeswoman said it was “not appropriate to comment” given that the matter was subject to an ongoing coronial inquest and an investigation.

Margaret Spedding also wants an apology from the police.

“I would like to hear the police apologise to him for what they put him through. But I don’t know whether he’ll get that because they just told him they’re going to ruin him, and they did,” she said.

“Describing the feeling is very difficult, but it’s sad. We just don’t know, when someone’s going to pop out of the woodwork, and grab me around the throat again, and say, “You’re Bill Spedding. What’d you do with William?”