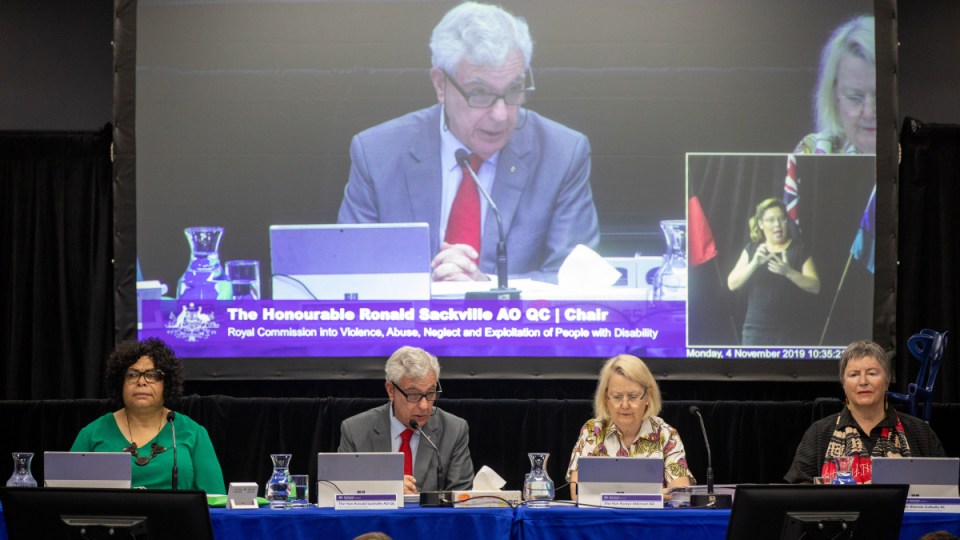 The latest Royal Commission is the inquiry into the treatment of people with disabilities. Photo: AAP

A 10-year-old girl with Asperger’s was hit across the head, pushed from a pier and ended up hiding in a rubbish bin to escape harsh taunting by classmates, the royal disability commission has heard.

Counsel assisting Kerri Mellifont says students are subject to violence and bullying so severe they are forced to withdraw from the mainstream school system.

Submissions Dr Mellifont read to the hearing as it began in Townsville on Monday speak of students being harassed by classmates and left out of activities by educators.

Students unable to curb their behaviour are being excluded from the school, with one boy aged six suspended six times in six months for behavioural issues, she said.

The commission was told of one girl called Charlotte who recently withdrew from a private school because bullying became so severe she had stopped attending.

“Her parents felt they had no choice but to remove her after incidents that included her being pushed off a pier and hiding in a garbage bin to escape taunting,” Dr Mellifont told the inquiry on Monday.

“On one occasion she was admitted to hospital suffering severe anxiety and stress after a teacher confronted her with a false accusation that she had stolen another child’s property.

“The resulting anxiety was crippling, even affecting her walking and speech.”

In a separate incident, Charlotte was taken to the hospital after being hit across the head. Her injuries included black eyes.

The school put an individual education plan in place that was inadequate and only exacerbated her anxiety, the commission was told.

“We’ve had such a horrible journey. It’s almost like because Charlotte’s different, she’s viewed as less,” Charlotte’s mother’s submission says.

The commission was told of several similar cases, in which parents fearing for the children’s safety made the “agonising decision” to remove them from school.

“While parents acknowledge the benefits of attending a mainstream school, they remove their children to ensure they are safe, they are listened to, and they are free from bullying,” Dr Mellifont said.

She said many parents struggled financially to home school their children as they struggled to resolve the “significant barriers” they face in educating their child.

In his opening address on Monday, chair Ronald Sackville QC said education was vitally important for the life experiences of children and adults with a disability.

Parents and carers of students with a disability, disability advocates and experts in inclusive education will give evidence at the Townsville Entertainment and Convention Centre over four days this week.

“We will hear from principals and heads of special education from three separate schools as well as the Queensland Teachers’ Union,” Mr Sackville said as sittings began on Monday.

Queensland’s Department of Education will brief the hearings about the impact of its inclusive education policy on students with disability.