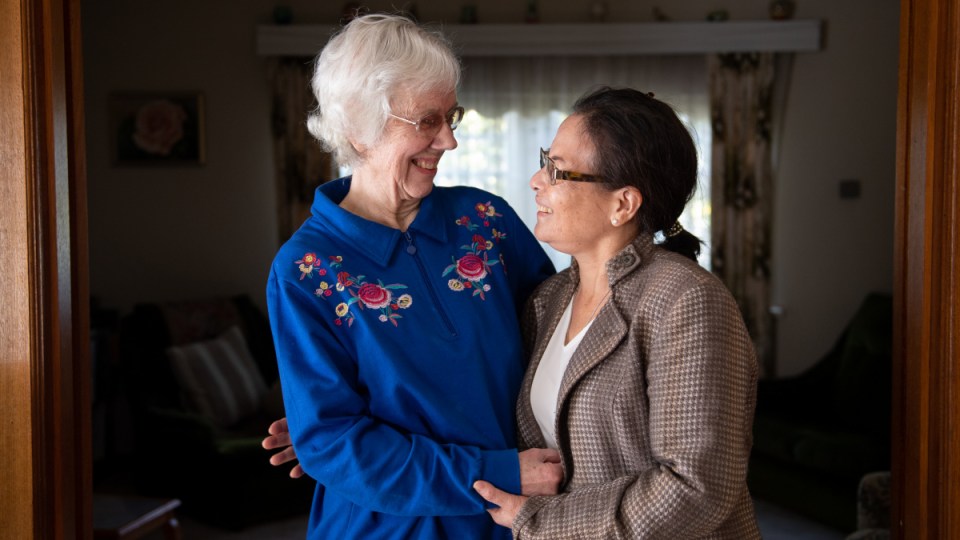 Across half a century, Noela Hobbs has sponsored 51 children through World Vision.

In August, one of them came knocking at her door in Melbourne.

“She came running up towards me and threw her arms around me in a big hug,” Ms Hobbs told The New Daily.

“I never thought this would happen… I’ve never met any of my kids.”

Thu Thao was 11 years old when Ms Hobbs started sponsoring her in the late 1960s.

World Vision ended Thao’s sponsorship when she turned 17, but her friendship with Ms Hobbs was just beginning.

Over the following five decades, the pair exchanged countless letters, gifts and photographs. Ms Hobbs has kept them all, including a hanky with Thao’s initials embroidered on it.

“I will try my best always to make progress in my studies in order to respond to your kindness to me,” reads one letter from Thao as a young student.

“I am very happy and proud that I have a very dear sponsor who loves me very much though lives far away from me.”

Ms Hobbs, a retired teacher and insurance company administration assistant, was 27 years old when she sponsored her first child in 1968.

“That’s where all my money goes. I just love it, I love sponsoring kids,” she said.

Ms Hobbs has created photo books documenting her correspondence with all 51 of her sponsor children from around the world.

“I write to them every two months and always send them photos,” she said.

Ms Hobbs, petrified of flying, said she had accepted a long time ago that she would never meet any of her sponsor children.

She could hardly believe it when she spotted two Vietnamese women walking up her driveway.

Thao had brought along her daughter An, who has also written letters to Ms Hobbs over the years.

“My mum talks about you all the time, ever since I was a little baby,” reads one letter from An.

“You have never given up on us.

You not only inspired me; you helped me to see another wonderful side of this world where people help people unconditionally, regardless of their ages, genders or nationalities.”

Unlike An, who has travelled around the world and plans to start her own business, Thao is unable to speak English well.

“When An left the room, Thao just smiled at me and patted her heart with her hand,” Ms Hobbs said.