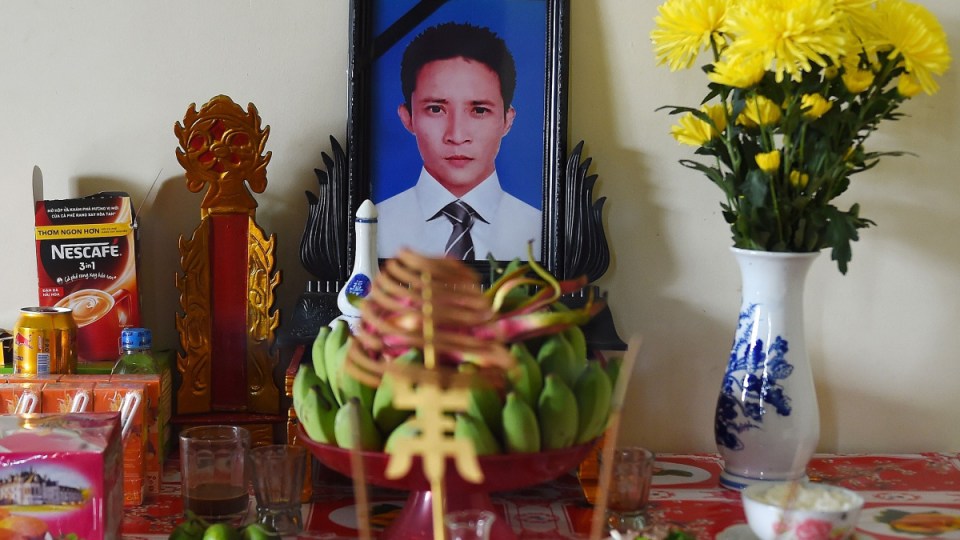 A portrait of suspected Essex truck victim Le Van Ha, 30, is kept on a prayer altar at his house in Vietnam's Nghe An province. Photo: Getty

As UK authorities say they now believe all 39 victims discovered dead in the back of a truck just outside of London were from Vietnam, the identities of the victims are finally being revealed.

Pham Tra My, 26, was the first person named by family as among the dead in the container tragedy.

“I’m sorry, Mum and Dad. My path abroad was not a success. I love you both so much,” reads a final text message believed to have been sent by Ms Tra My on October 25.

It is understood the message was received two hours before the trailer arrived at the terminal from Zeebrugge.

Her father, Pham Van Thin, told CNN: “The smugglers said that this was a … safe route, that people would go by aeroplane, car… if I had known she would go by this route, I would not have let her go.”

One of the youngest suspected victims was 15-year-old Nguyen Huy Hung.

The traffickers reportedly changed his passport’s birth date to make him seem older.

His family believe he travelled to Europe through Russia and Poland after setting off from Ha Tinh province about three months ago.

His older sister said in a Facebook post that he was planning to leave France for Britain, and that her family had abruptly lost contact with him on October 22.

Others feared dead include Anna Bui Thi Nhung, 19, whose family claim she paid nearly $15,000 in the hope of working in a nail bar in the UK.

Days before she died, Anna reportedly wrote on her Facebook page: “Being grown up means having to hide your sadness in the dark, and keeping a smile on your face”.

Her sister Bui, 26, told Mail Online: “We are praying for a miracle that Anna is still alive, but we do not have much hope.”

Hung last messaged his family on October 21 to tell them he was “going by taxi” to the UK, according to The Sun.