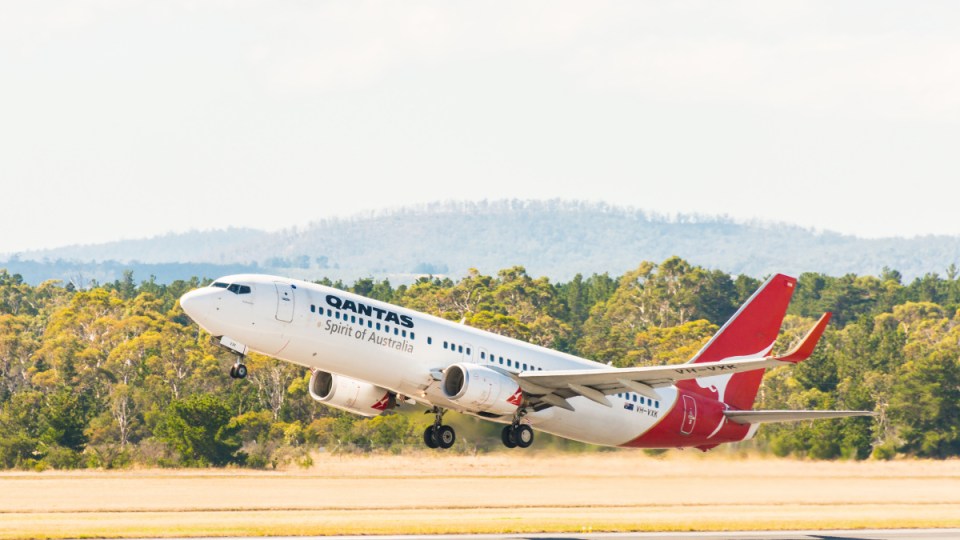 Qantas said the three planes had been removed from service for the cracks to be repaired. Photo: Getty

Qantas has reassured passengers their safety is paramount and accused a union of scaremongering after the carrier had to pull three of its Boeing 737 aircraft from service.

On Friday, the airline confirmed it found cracks in three of its Boeing 737NG planes after fast-tracking inspections this week.

The airline grounded the planes after finding hairline cracks in the “pickle fork” structure, between the wing and the fuselage.

Qantas’s discovery came as Boeing said up to 50 of its 737 Next Generation planes had been grounded around the world because of the issue. The 737 NG is a precursor plane to the manufacturer’s troubled 737 Max, which has been prevented from flying since two deadly accidents this year.

Qantas’s announcement it had found cracks in three of its 737s came early on Friday.

“Of the 33 of Qantas’s 737 aircraft that required inspection, three were found to have a hairline crack in the pickle fork structure,” it said in a statement.

“These aircraft have been removed from service for repair.”

In October, the US Federal Aviation Administration ordered airlines to check any 737s that had completed more than 30,000 take-offs and landings, known as cycles, for cracks.

Qantas said this week it would ground 33 of its Boeing 737s as it stepped up the checks. But it defied calls from the aviation engineers’ union to ground all 75 of its 737s, saying the cracks – if present – did not compromise safety.

On Wednesday, the airline reported it had found one example of cracking in a plane with just under 27,000 cycles. It identified the other two during the audit of the 33 planes.

“Any aircraft with more than 22,600 cycles was inspected, in line with advice from regulators,” Qantas said.

On Thursday, the Australian Licensed Aircraft Engineers Association called for Qantas to ground all of its Boeing 737-800s until they had been inspected.

But the airline said that demand was “completely irresponsible”.

“Qantas will never fly a plane if we do not believe it is safe to do so,” he said.

“Unfortunately, there were some irresponsible comments from one engineering union yesterday, which completely misrepresented the facts.”

Qantas said all three affected planes would return to service by the end of the year.

On Friday, Mr Purvinas also took a swing at the Civil Aviation Safety Authority, which declared on Thursday there was “no evidence” that all of Qantas’s 737s should be grounded.

“CASA are nothing more than a PR department of Qantas operation,” he told ABC radio.

“Even when a crack is present, it does not immediately compromise the safety of the aircraft,” Mr Snook said.

“The aeroplane will be on the ground for a month … Boeing have done a repair scheme trial in California.”

Qantas rival Virgin Australia said it has already inspected 19 of its Boeing 737s, finding no cracks.The engineers’ union has not demanded Virgin ground its 78 737s NGs. Mr Purvinas denied he was holding Qantas to a different standard, saying he would have made that call if Virgin had found cracks on its planes.

As it is, he said, all of the “much younger” Virgin fleet should be checked while remaining in operation.

Meanwhile, Boeing has faced two days of congressional hearings in Washington about the development of its 737 Max.

Reuters reported the US president of the Association of Professional Flight Attendants, Lori Bassani, raised concerns about the 737 Max and wrote to Boeing to say its members would refuse to board planes that might not be safe.

“The 28,000 flight attendants working for American Airlines refuse to walk onto a plane that may not be safe and are calling for the highest possible safety standards to avoid another tragedy,” the October 30 letter read.