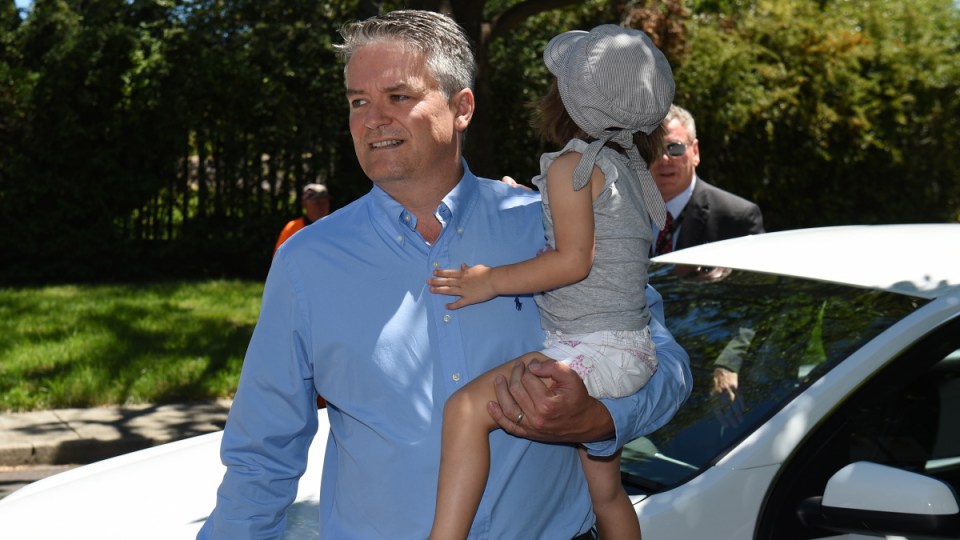 Mathias Cormann was not initially charged for $2700 in flights for his family to Singapore. Photo: AAP

When the allegations were made in February, Finance Minister Mathias Cormann said he thought he had paid $2700 in flights to Singapore for a family holiday.

HelloWorld – which had won a $21 million federal government contract before Senator Cormann’s flights were booked in July 2017 – denied the trip for the senator, his wife and two children was free.

However, Senator Cormann’s credit card had never been charged for the flights. When the issue came to light, the Finance Minister said an administrative error was to blame.

Senator Cormann said he had not been the one to lodge a complaint with police.

“I found out about what had happened in the media this morning, in terms of the police processes,” he told Sky News on Friday.

“This is state police in Victoria, a Labor jurisdiction.

“I don’t think that anyone can credibly suggest that anything there is happening at my behest.”

He said if a HelloWorld staff member had become aware that he hadn’t been charged for flights, they should have processed the payment with the credit card details he had supplied for that purpose.

If that wasn’t possible they could have contacted him directly, he said.

“Obviously someone inside that business made a decision to do otherwise, not to pursue me for payment, but to essentially supply that information to the media.”

He said he had booked directly through HelloWorld boss Andrew Burnes because he believed it would be more private than entering a travel agency and had never booked through the company’s website.

On Wednesday, Victoria Police reportedly interviewed two former HelloWorld staff about the leak as part of an investigation into the issue.

“The fraud and extortion squad is currently investigating allegations an employee accessed unauthorised data from a private company,” a spokeswoman said.

Victoria Police said it had a responsibility to investigate “all reports of crime”.