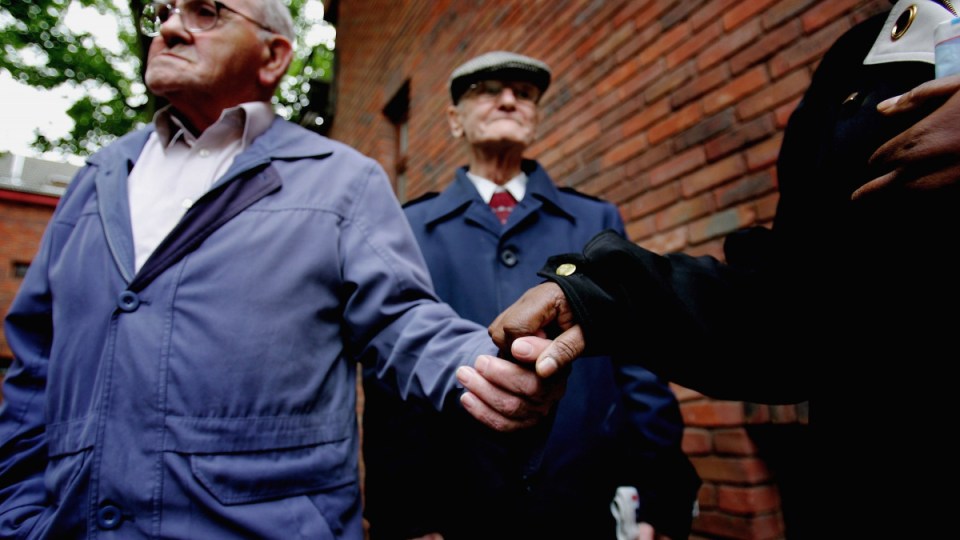 They are our cherished grandmothers and grandfathers. They are our brothers and sisters, sons and daughters, who just happen to have a disability. They are among our most vulnerable.

But Australia is failing to treat them with the dignity every human deserves. Or even give them enough food and regular baths.

That’s the finding of a report into the nation’s aged care system, labelled by royal commissioners as “a cruel lottery” in which many will die before finding out whether they have “won”.

The Royal Commission into Aged Care Quality and Safety’s Interim Report has found the industry does not deliver uniformly safe and quality care, is unkind and uncaring towards older people and, in too many instances, it neglects them.

It also found too many young people are in aged care homes.

Just the title of the interim report is enough to break hearts: ‘Neglect’.

“The neglect that we have found in this Royal Commission, to date, is far from the best that can be done. Rather, it is a sad and shocking system that diminishes Australia as a nation,” the commissioners stated.

The royal commission has brought to light the inconvenient truth that the waiting list for aged care services is a lottery, the commissioners said in their interim report.

“For that is in effect what the current system of prioritising and managing waiting lists is: a cruel lottery in which some people can die before they ever find out if they have, in fact, ‘won’.”

The Interim Report of the Royal Commission into Aged Care has been released and is now available to read on our website https://t.co/lgQyMjCnIf #agedcareRC pic.twitter.com/VrYKvl73nJ

They describe the many problems that older people and their families have in trying to get access to aged care services, service shortfalls, the dispiriting nature of residential care, serious substandard care and unsafe practice, an underpaid, undervalued and insufficiently trained workforce, and isolation of young people with disabilities.

Commissioners identified three areas where immediate action can be taken:

The Fed Gov't must act immediately on the three interim recommendations made by the Aged Care RC and implement more Home Care Packages, reduce the reliance on chemical restraints and keep young people with a disability out of aged care #politas #auspolhttps://t.co/lxUskENiBi

Neglect, the Interim Report of the Royal Commission into Aged Care Quality and Safety, which was tabled in the Australian Parliament on Thursday, found that a fundamental overhaul of the design, objectives, regulation and funding of aged care in Australia is required.

The Interim Report sets out the extent of the failure of Australia’s aged care services and what the royal commission has learned to date.

Last year I initiated the Royal Commission into Aged Care. It was one of my first acts as PM.

Today we have been handed the Interim Report. As warned, it’s shocking, disturbing & heartbreaking.

We must establish a new culture of respect for senior Australians.

There is much to do both immediately & for the longer term. There are no easy solutions & we will apply ourselves totally.

This is all about the people we love & cherish. All older Australians should get the same care, support & dignity we would expect for our own families.

The Interim Report is in three volumes and is now available to read on the royal commission’s website along with an extract from the foreword, ‘A Shocking Tale of Neglect’.

It covers much, but not all, of the work of the royal commission through to September 2019.

Most of the royal commission’s work on quality and safety considerations will be in the final report.

‘A shocking tale of neglect’: Aged care system is failing our most vulnerable citizens