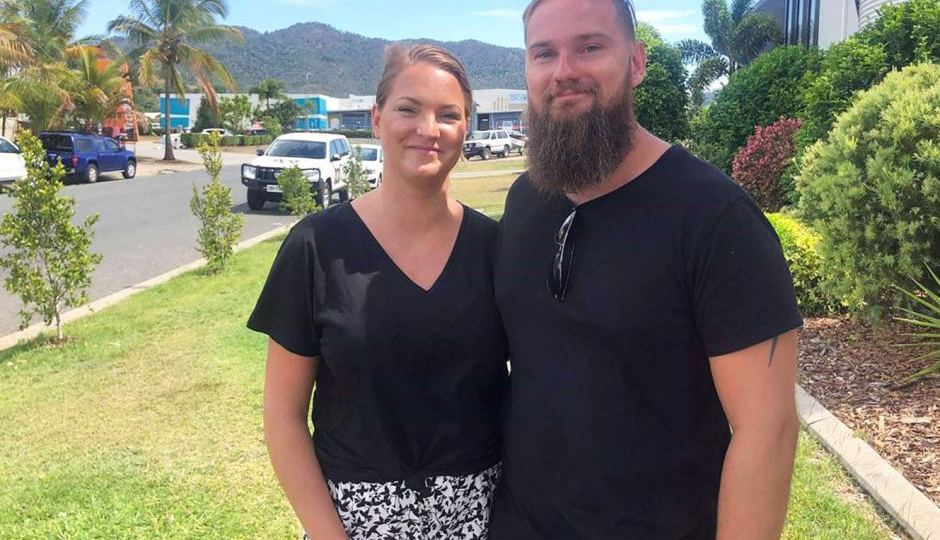 Two nurses who saved a British backpacker after a shark attack in the Whitsundays say the young man was still “cracking jokes” as the boat rushed back to shore – even though he was missing a foot.

The Swedish couple have revealed how they sprang into action after the shark mauled Alistair Raddon, making a makeshift tourniquet with ropes and towels to stop the 28-year-old from bleeding out.

A blame game didn’t take long to begin as Queensland Premier Annastacia Palaszczuk faced criticism over the removal of drum lines and shark nets, with the state opposition accusing the government of endangering the tourism industry.

But experts argue that an increase in snorkelers and swimmers could also be part of the problem. One issue flagged was that tourists on boats were known to throw seafood lunch scraps back into the water, attracting juvenile sharks in what is a known nursery area.

They told The New Daily more must be done to educate visitors about shark behaviours – and steps to avoid an attack.

Travellers injured, but Australia still gets the thumbs up

British travellers Alistair Raddon, 28, and Danny Maggs, 22, were splashing about during a snorkelling tour in the Whitsundays on Tuesday when they were attacked by a shark.

Mr Raddon lost his foot – which is still missing – and Mr Maggs received a laceration to the leg.

The friends were recovering in Mackay hospital and thanked the fellow travellers who saved their lives.

“Everyone dealt with our situation well and remained calm… we are very grateful for your help,” they said.

ER nurse Emma Andersson and ambulance nurse Billy Ludvigsson were resting on the tour group’s boat near Airlie Beach when they heard the young men screaming.

“We didn’t understand what they were saying at first, then we heard something about sharks,” Mr Ludvigsson said.

“It took some time until the injured person got back up on the boat and we saw he was badly injured, that he was missing a foot.”

He added: “It was life-threatening at first but we managed to stop the bleeding pretty fast actually, maybe in a couple of minutes.

“I think we might have actually saved his life, because he was bleeding so badly and it was a long boat ride back to shore.”

He said Mr Raddon was in “amazing” spirits and “cracking jokes” on the way back to shore.

“He was pissed, actually. He was screaming sometimes. I said ‘oh are you hurting that bad?’ and he said ‘I’m just pissed I lost my foot’.”

Ms Andersson said the Brits were “really cool” and had a good sense of humour.

She called on the federal and Queensland state governments to immediately fund daily aerial surveillance in specific bays as an interim measure.

Why do sharks attack humans?

“There is very little data to inform people on what they should or should not be doing to prevent a shark attack,” Dr Dudgeon told The New Daily.

“The Whitsundays is a real blank spot because it’s a very poorly studied region for sharks.”

She said the state government had recently started tagging programs to help scientists understand the movement of sharks in the area and to find out which species were most dangerous.

Jane Williamson, associate professor in marine ecology at Macquarie University, said the shark that attacked the British tourists was likely a bull shark, tiger shark or a great white shark.

“Bull sharks use the Whitsundays as nursery grounds so there are a lot of juvenile bull sharks around there,” Dr Williamson, who leads the university’s Marine Ecology Group, told The New Daily.

“You get a lot of young sharks that are maybe not as savvy in their choice of diet.”

She said it was impossible to say what exactly caused the shark to approach Mr Raddon and Mr Maggs. But tourism is one possible factor in shark attacks, Dr Williamson said.

“In general, our behaviour with boating in those areas is probably giving bad training habits for those sharks,” she said.

“You get a lot of people out in the Whitsundays areas and people have lovely lunches and then push their scraps over the side of the boat. That’s food for the sharks.”

What can you do to reduce the risk of a shark attack?

Avoid swimming at dusk, dawn or at night, advises the Taronga Conservation Society Australia, because that’s when sharks are more active. The low light also makes it harder to spot one approaching.

Take off shiny jewellery before jumping in because sharks might mistake the light bouncing off glittery rings, bracelets and necklaces for fish scales.

Do not swim where dangerous sharks are known to gather, such as the Whitsunday’s notorious Cid Harbour where four shark attacks occurred late last year.

Avoid swimming well offshore, near deep channels or along drop-offs to deeper water.

If a large group of schooling fish congregates near you, get out of the water immediately because sharks might be looking for a meal.

Look before you leap – people have jumped off boats or wharfs onto sharks before.