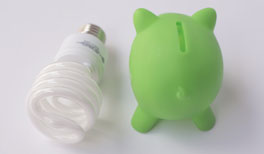 An extra $1 billion is available for energy projects geared towards stabilising the electricity system.

An extra $1 billion is being pumped into a publicly-funded “green bank” to invest in energy projects.

The taxpayer cash will flow into power generation, storage and transmission projects.

The money can go towards pumped hydro, batteries and gas initiatives, but new coal projects are off limits.

It’s the first batch of new money for the Clean Energy Finance Corporation since it was created with $10 billion in its pockets in 2013.

“Worth recalling that it was the Abbott government’s policy to abolish it and that one of my first decisions in 2015 was to retain it. Good progress,” Mr Turnbull tweeted.

“As far as overall emissions reduction task, the key factor will be (1) zero emissions electricity, deliverable by renewables plus storage including pumped hydro.

“It is carried as both a $1 billion asset within CEFC and a $1 billion liability on the Commonwealth balance sheet,” he said.

The money covers the government’s underwriting new generation investments program, which was announced ahead of the May election.

One of the 12 shortlisted projects is an upgrade to an existing coal-fired power station in NSW’s Lake Macquarie.

However, it’s to support to upgrade turbine blades and other equipment to produce the same amount of power with lower emissions.

The new money ties in with an investment mandate given to the green bank late last year, to focus on grid stabilising technology.

Energy Minister Angus Taylor said it would help to balance the influx of renewable energy projects.

“It is no secret that the National Electricity Market is under pressure – this fund is designed to tackle that,” he said in a statement.

The other shortlisted projects are six pumped hydro power stations and five gas.

“It’s a positive step toward unlocking private sector investment in new infrastructure that can support a zero emissions, reliable and low cost electricity system,” he said.

The Morrison government announced the underwriting plan ahead of the May election, without knowing how it would work.

Correspondence on the project obtained by AAP through Freedom of Information shows the CEFC was contacted after the election for advice on how to deal with “program design issues”.