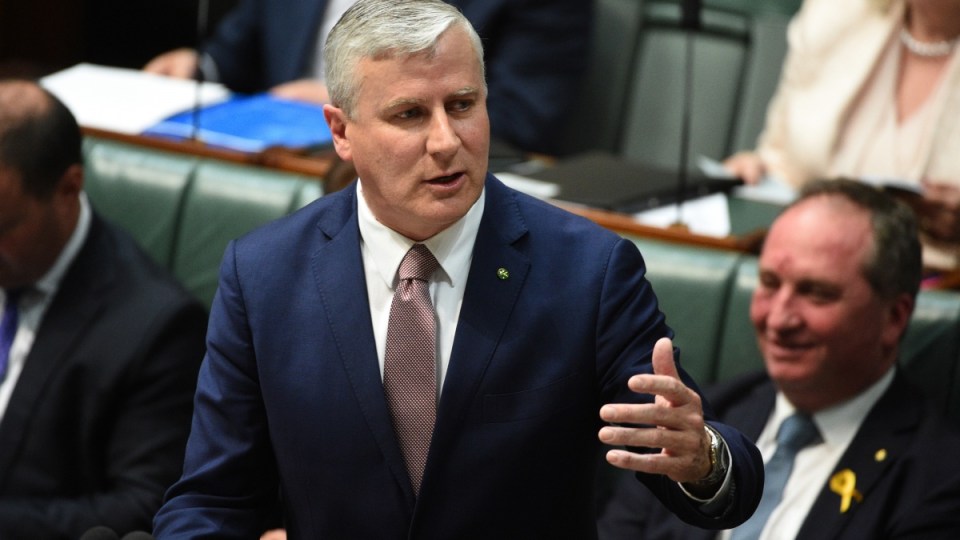 Mr McCormack has faced rumblings about his leadership since taking on the job in February last year.

But he is maintaining a healthy perspective on the murmurings of discontent.

“You’re always going to have people who want to be at the top of the tree and that’s great,” he told the ABC on Tuesday.

The Deputy Prime Minister has pushed back at suggestions of “bumblingly beige leadership”.

Here’s political editor Andrew Probyn’s analysis of Michael McCormack’s leadership and the disquiet within Nationals ranks that he was responding to: https://t.co/mu1ycr0Kkl #auspol pic.twitter.com/ZQaNCT13Dv

Some Nationals MPs were angry when Scott Morrison stole the party’s thunder during a recent announcement on extending government payments for farmers doing it tough.

“It’s about making sure that the delivery, the right and proper and constructive delivery, is there on the ground and that’s what I’m in there fighting for.”

He encouraged every Nationals and Liberal MP, along with those from other parties, to do the same.

“Is Michael McCormack a good leader? Country people are starting to feel let down”

“Is Michael McCormack a good leader? Country people are starting to feel let down”