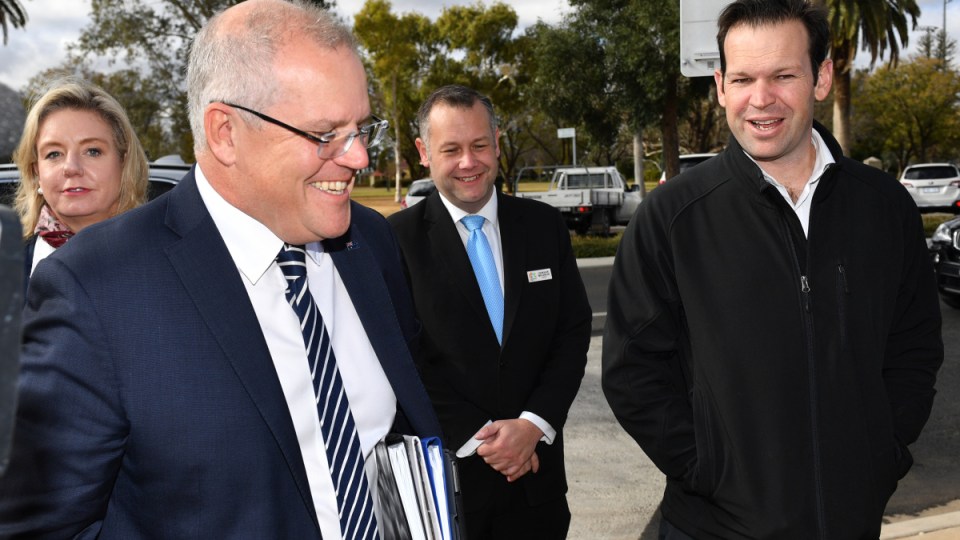 Scott Morrison has copped the f-bomb in a 20-minute spray from a Nationals frontbencher – and the unrepentant MP has declared he is “guilty as charged”.

Matt Canavan is accused of confronting the Prime Minister during a closed-door meeting over a new coal-fired generator at Collinsville, in central Queensland.

According to some reports, the blow-up was so loud that the Resources Minister could be heard down the hallway.

“I don’t go into details of conversations with my colleagues. But, yep, guilty as charged. I passionately and forcefully argue for the great things the coal industry does for our nation,” Senator Canavan told The New Daily.

The Courier-Mail reported on Tuesday that Senator Canavan shouted, “this is f–ked” at the Prime Minister in his office suite in Canberra.

Queensland MPs Phil Thompson and Michelle Landry could hear the exchange from the hallway.

Despite the Prime Minister’s waving of a lump of coal around Parliament in 2017, some Queensland MPs are worried Mr Morrison’s office is concerned the embrace of coal is a political problem.

Mr Morrison is accused of being on a go-slow over the feasibility study for a coal-fired generator in Collinsville, a project Senator Canavan believes is vital.

Mr Morrison said it was a good project but the government wanted to apply due diligence and a proper process.

“We expect that process should be concluded towards the end of this year and that would enable us to then consider what [the] next steps are, in terms of whether it is Collinsville or other,” he said.

“The Collinsville project is a very good project but it needs to go through the same process as all the others. That is the integrity that Australians would expect.”