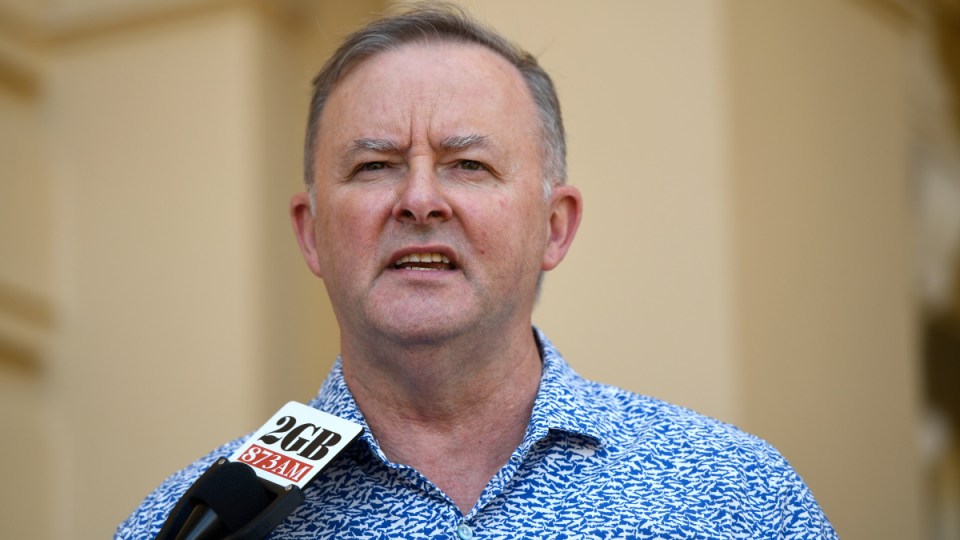 Leader of the Opposition Anthony Albanese in Leichhardt, Sydney on Sunday. Photo: AAP

Opposition leader Anthony Albanese has backed a 50 per cent renewable energy target in Australia as a “job creator” as part of his new Labor Party “vision” speech.

Despite promises of a “deep, broad and ruthlessly unsparing” post-mortem into the ALP’s climate change policies, an advance copy of the speech provided to The New Daily clearly references the target.

Many experts believe a 50 per cent renewable energy target by 2030 will be met regardless of federal intervention, because of state-based RET schemes.

“The world is decarbonising. With the right planning and vision, Australia can not only continue to be an energy-exporting superpower, we can also enjoy a new manufacturing boom. This means jobs,” he says.

Despite referencing the 50 per cent target in the speech, just hours earlier in Perth Mr Albanese had declined to endorse Labor’s existing 2030 timeframe.

“By definition, you can’t have the same policy – unless you have a Tardis,” he said.

“So, we’ll determine the details of our policy. Our framework is there, we believe climate change is real.”

Asked to outline Labor’s current renewable energy target policy on Monday, Mr Albanese replied: “I’ve just answered your question. You know, we will have a renewable energy target. Well before the next election, well before, but we have to know what the base is. And I don’t want to let this Government off the hook for having no policy on renewables or on climate change or on energy between now and 2022.”

In September Mr Albanese flagged a complete overhaul of the party’s climate change policies, including the likely scrapping of Bill Shorten’s 45 per cent emissions reduction target by 2030.

At the time, Mr Albanese said it was time to overhaul the policies given the 45 per cent emissions reduction timetable was predicated on winning the 2019 election.

Ditching Mr Shorten’s rhetoric attacking business as “the top end of town”, Mr Albanese will also call for an expanded instant asset write-off for business to help stimulate the economy.

Labor luminaries were privately scathing of the “top end of town” rhetoric used in Mr Shorten’s campaign, which they argued no longer worked after the Liberal Party switched leaders.

“Like Bob Hawke and Paul Keating, I understand that building the future means we must first and foremost be in the business of creating wealth, as well as ensuring it is distributed fairly,” Mr Albanese says.

“Labor is proudly and resolutely pro-growth. We understand that successful businesses and a vibrant economy are essential prerequisites for job growth.

Mr Albanese has also called on the Morrison government to bring forward millions of dollars in tax concessions for investment.

“Today I call upon the government to introduce an upgraded investment guarantee as part of a measured economic stimulus package to boost our sluggish economy,” he says.

“A bring-forward of infrastructure investment, combined with increased business investment, would create jobs in the short term as well as lift productivity.”

Labor has previously campaigned for a more targeted approach to use accelerated depreciation arrangements, also known as “immediate expensing”.