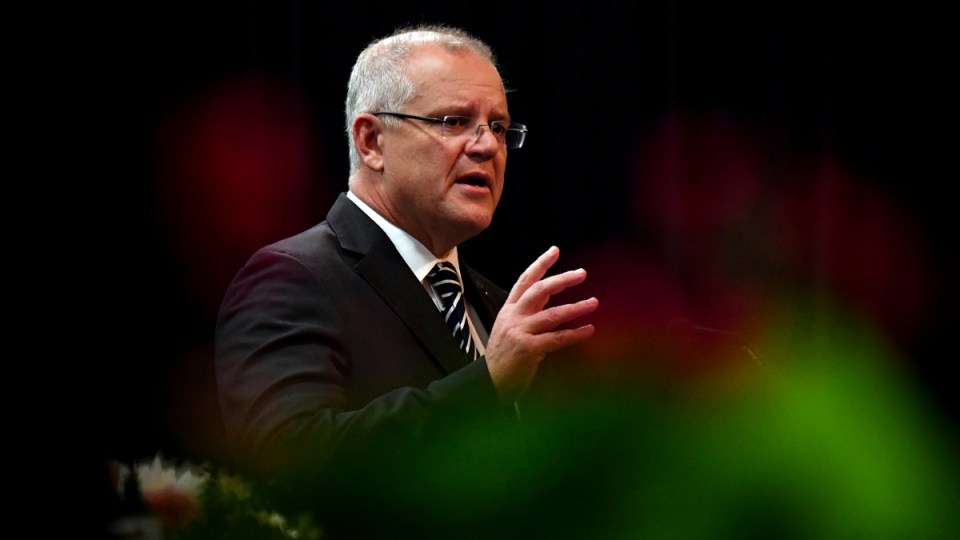 Scott Morrison has moved to shut down calls from his own backbench to slap the GST on fresh food and private school fees, declaring “we’re not doing it.”

Just four years ago the Prime Minister examined GST reform, during his tenure as Treasurer under Malcolm Turnbull before it was ultimately ruled out as an option.

WA Senator Dean Smith is the latest in a conga line of Liberal MPs to raise the prospect of GST reform and it has recently been backed by the NSW Liberal government.

Senator Smith has proposed hiking the tax from 10 to 12.5 per cent and broadening the goods it applies to, including extending the tax to fresh food, health, childcare, university fees and private school tuition.

“When state and territory treasurers next meet Josh Frydenberg, they could abandon their calls for a boost in infrastructure spending and increases to Newstart and instead stand united in a call for tax reform, which starts with the removal of payroll taxes in exchange for a broader-based consumption tax,” he wrote in The Australian Financial Review.

“Payroll tax is universally regarded as a drag on economic activity and is ultimately paid by employees through lower wages and higher prices for consumers.

“Compensating state and territories for lost revenue could be achieved by broadening the GST or by a modest (but politically courageous) lift in the GST from 10 to 12.5 per cent.

Labor frontbencher Jim Chalmers said Treasurer Josh Frydenberg was “notorious for caving in to backbench pressure which makes this latest idea from the Liberal fringe a serious threat to the household budgets of every Australian.”

“When wages are stagnant and super and pensions are at risk, the Liberal Party now wants to jack up the GST as well,” he said.

“When many multinational corporations are paying very little tax under this Morrison government, Liberals want pensioners and families to pay more.”