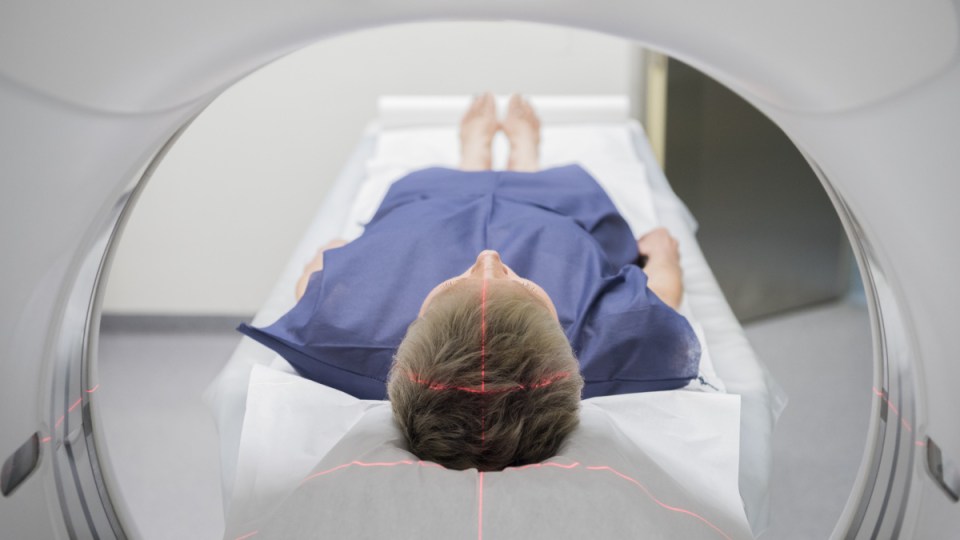 Australia leads the world in the availability of CT scanners. And that is a problem. Photo: Getty

The way the federal government licenses CT and MRI medical scanning equipment is killing people – a factor in Australia having the highest cancer rate* in the world.

That’s the conclusion to be drawn from a report by doctor, anti-tobacco campaigner and former politician, Dr Arthur Chesterfield-Evans.

The amount of radiation involved in CT (computed tomography) scans has been a concern for many years.

Depending on the type of scan and which part of the body is examined, they impart several hundred times the radiation level of an ordinary X-ray.

MRI (magnetic resonance imaging) does not use radiation.

Writing for the Pearls and Irritations website, Dr Chesterfield-Evans cites a University of Melbourne study that found a single CT scan under the age of 19  increased the risk of any cancer by 24 per cent, a

“If the lifetime risk of cancer is one in five, and increases 24 per cent, it becomes one in four, which at a population level is highly significant,” he writes.

According to the World Cancer Research Fund, Australia has the world’s highest death rate for cancer – 468 per 100,000.

There are multiple factors behind Australia’s relatively high death rate.

Dr Chesterfield-Evans suggests government policy encouraging CT and discouraging MRI is one of them.

Especially for children, there is pressure to minimise CT use, but Australia has more CT machines per head of population than any country, and they represent significant investments that pay rich dividends for their owners.

“When CT machines were introduced, the federal government licensed them, making them an investment being paid off by their use,” Dr Chesterfield-Evans writes.

“This created an incentive for more scans and scanners. It was a very short term and expensive solution.

“When the MRI became freely available and proved itself to be a better and more sensitive modality for neuro, musculo-skeletal and soft tissue organs, the government was not going to make the same financial mistake, so only allowed MRIs to be licensed in small numbers.

“CTs continue to dominate the radiological diagnostic practices since the 1990s, with seemingly little knowledge or concern about the consequent radiation doses to the population.”

Dr Chesterfield-Evans, a GP, says part of the government restrictions on expensive MRI use was to stop GPs ordering MRIs on Medicare, though GPs can order CTs.

“Clearly if the GP were to order the MRI and make a decision, it would save the CT and two specialist visits, which would lead to a large saving. De-powering GPs has increased medical costs and unnecessarily irradiated the population.”

He also argues that CTs continue to be used in areas where they are not effective.

He claims CTs are used to diagnose stroke but they have a false negative rate of 83 to 90 per cent, while a 90-second MRI has a diagnostic confidence rate of more than 99 per cent.

Australia leads the world in CT scanner availability, but not in MRI scanners.

“Australia needs a concerted effort by governments to increase the number and variety of MRI machines and phase out CTs,” Dr Chesterfield-Evans advises.

“The federal government’s discouragement of MRIs may be a very significant factor in Australia’s world-leading cancer rate and this needs to be addressed as a matter of urgency.”

The traditional defence of high-radiation scans is that they are less dangerous than the potential disease going undetected.

The risk of subsequently getting a cancer might be increased, but the reality of a present cancer continuing is obviously worse.

CTs are preferred as more precise in some applications – “horses for courses”, one doctor told me – and manufacturers claim newer CT machines use less radiation than older models.

But the policy reality is that CT scans are readily available for doctors, while their patients have to queue and wait for a slot to become available for an MRI.

Dr Chesterfield-Evans argues we should be aiming to have zero radiation risk in medical radiology when an alternative is available.

P.S. By pure coincidence, as I was writing those final pars, a doctor was booking me in for a CT scan.

* Dr Chesterfield-Evans’ report states Australia has the highest death rate for cancer, but the figures he quotes are for cancer cases, not death rates. An earlier version of this story repeated the “death rate” mistake, rather than the correct cancer rate.