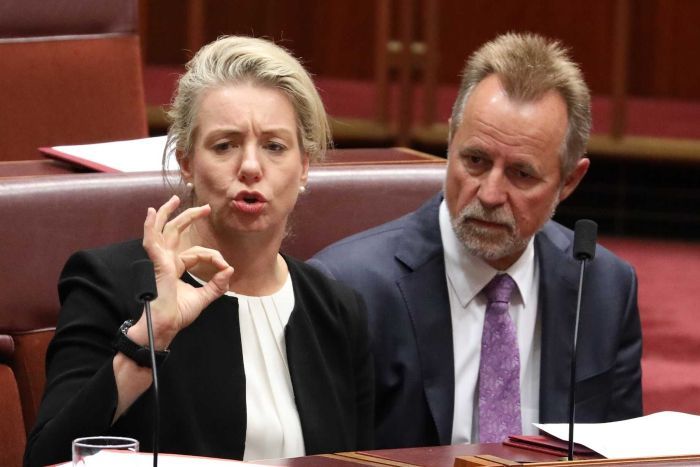 Hundreds of applications for much-needed sports facilities were recommended for funding by Sport Australia but were rejected by then-sports minister Bridget McKenzie.

Instead, she used her ministerial power to choose the clubs and councils she felt deserved a slice of more than $100 million in funding, including more than $25 million for her home state.

“The Minister we now know rejected advice from her own department, Sport Australia, as to who should get these grants, and she imposed her own favourite grants in their place,” he said.

“The Minister needs to come clean and tell all these organisations that missed out on these grants why she rejected them.”

The minister rejected 618 applications that were recommended for funding, from a total of about 2050, across three rounds in the Community Sport Infrastructure grants program.

Sport Australia chief executive Kate Palmer conceded at a committee hearing on Wednesday night that final recipients “may not have been” recommended by her organisation – the Government agency tasked with assessing applications.

“As the delegate, the minister approves the grants and was able to make the final decisions about the grants.”

Ultimately, 684 projects received money in the months leading up to this year’s election.

Sport Australia has declined to release the number of applications not recommended by its assessment but were ultimately funded.

The issue emerged after Ms Palmer issued a correction to evidence she provided on April 5 and April 10.

Originally she had said the minister had only approved recommended grants.

But she formally corrected her evidence in a letter to the committee on May 15, three days before the election.

Senator McKenzie, the deputy Nationals leader and now Agriculture Minister, was approached for comment. Her office said they were not in a position to comment because they did not keep records, and directed the ABC to the new Sport Minister, Richard Colbeck.

After approaching Mr Colbeck, the ABC was told Senator McKenzie was responsible for replying.

Senator McKenzie did not provide a response.

The scheme was thrust into the spotlight in February when high-profile Liberal candidate Georgina Downer – not local MP Rebekha Sharkie –presented a South Australian bowling club with a novelty cheque for $127,000.

The scandal prompted the National Audit Office to examine whether applications were assessed in accordance with guidelines. Its report is due for publication in November.

However, they also noted the sport minister, “will provide final approval” and, “other factors may be considered when deciding which projects to fund”.

The guidelines do not state what criteria are to be applied by the minister.

In April, then Indi MP Cathy McGowan wrote to the Auditor-General complaining two grants in her electorate bypassed her office and were instead announced by the local unelected Nationals candidate.

“The question is whether the selection of recipients and the management of announcements is politically motivated and timed, rather than announced in a transparent, competitive and fair process,” Ms McGowan said.

She argued a $205,000 grant for sports ground lighting in Wodonga was not listed as a priority in the city’s recreational master plan.

Who got money and who didn’t

More than $100 million was awarded to 684 recipients under the Community Sport Infrastructure program. Each project received up to $500,000.

The original scheme – run over a single round and funded in the 2018 Budget to the tune of $30 million – was expanded earlier this year to cover three rounds.

Recipients for the final round were announced in April, weeks before the election.

Candidates and MPs used the grants to promote themselves.

Applications from Senator McKenzie’s home state of Victoria received more money than those from any other state – more than one-quarter of the total.

Sport Australia confirmed all recipients were “eligible” projects, but would not confirm how many of the 2050 applicants were considered eligible.