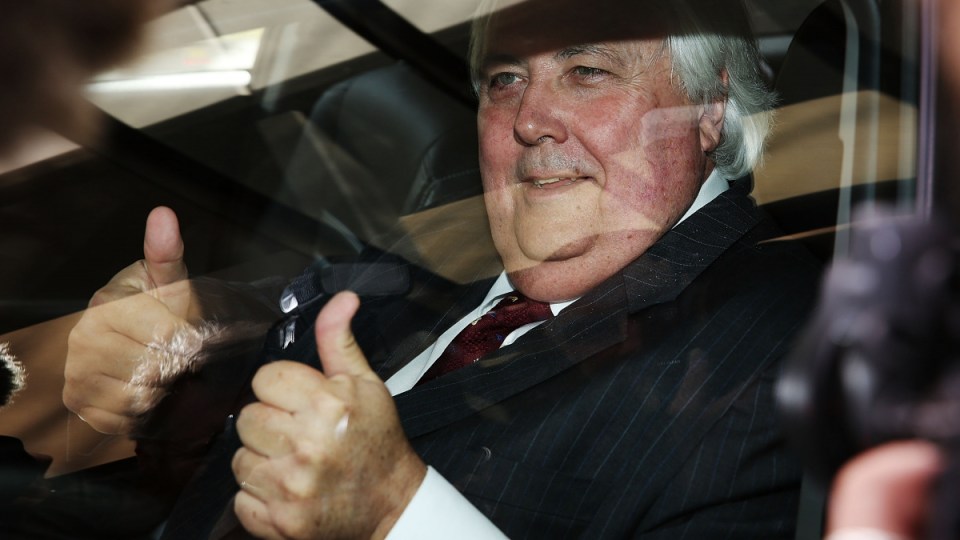 Scott Morrison’s re-election was only the second-most surprising thing to come from this year’s federal election. The most unexpected element, which has emerged more recently, is that Clive Palmer’s humongous election advertising spend may deliver an inadvertent benefit for the voters of Australia.

Mr Palmer’s profligate spending could result in a limit being placed on all campaign spending, which should mean less ads in future for voters to endure.

Based on these figures, it appears Mr Palmer spent more on advertising than the total spent on ads by other parties and major players like the ACTU and GetUp.

Whether Mr Palmer got value for his money is an interesting point. He might not have been successful in electing even a single candidate to parliament, but he did play a part in persuading voters to reject Labor and its policies, which would have had a negative impact on Mr Palmer’s business interests.

Mr Palmer’s never-ending pockets therefore set a precedent for any ludicrously rich individual – with a barrow to push, or an axe to grind – to exert influence on an election campaign by carpet-bombing the electorate with advertising.

Exclusive: Clive Palmer lashes Labor as sore losers over calls for election spend caps as he reveals final bill could reach $70 million. The ALP review met for 4 hours on Sunday to finalise report and calls for debate on caps https://t.co/p1GzWx9iK2

To prevent this from happening at any or all future elections, the major parties have limited options. The best solution is to put an upper limit, or cap, on election campaign spending.

In the past, the Coalition and Labor have been opposed to putting limits on election spending, particularly advertising. Party campaign strategists believe that advertising remains one of the most potent campaign tools, so they rely heavily on television, radio, newspaper and online advertising to do the heavy lifting during a campaign.

The downside is that advertising can be costly to produce and is expensive to broadcast/publish, meaning that huge election budgets must be allocated by the parties to run those ads. However, until Mr Palmer’s campaign spending spree, this cost was mostly accepted as a necessary evil.

The need to be able to ‘outspend’ your opponent on election advertising also sits at the heart of the campaign fundraising controversies that have plagued Labor and the Liberals.

There would be much less need to cosy up to corporate interests and cashed-up individuals to raise campaign funds if parties were limited in how much they could spend each election. Such a reform would go a long way to helping to clean up election fundraising, in addition to lower caps on individual donations.

But for the moment, the main driver for change is that Mr Palmer has demonstrated that a rich individual – with no responsibility or accountability – could potentially turn an Australian election into their own personal plaything.

Labor, which bore the brunt of Mr Palmer’s campaign advertising blitz, is the first major party to have blinked on the question of capped campaign spending. It has called for such limits in its submission to a parliamentary review of the federal election, which is regularly held after each national vote.

The Greens, with limited campaign funds compared to the major parties, has also called for a cap on spending in its submission to the election review, as well as the creation of an independent body to enforce truth in political advertising.

Whether the Coalition will follow suit on the spending cap is yet to be seen. It would be easy to assume that any rich individual inclined to copy Mr Palmer’s example would be more likely to be a Liberal supporter. However, such an assumption would be wrong.