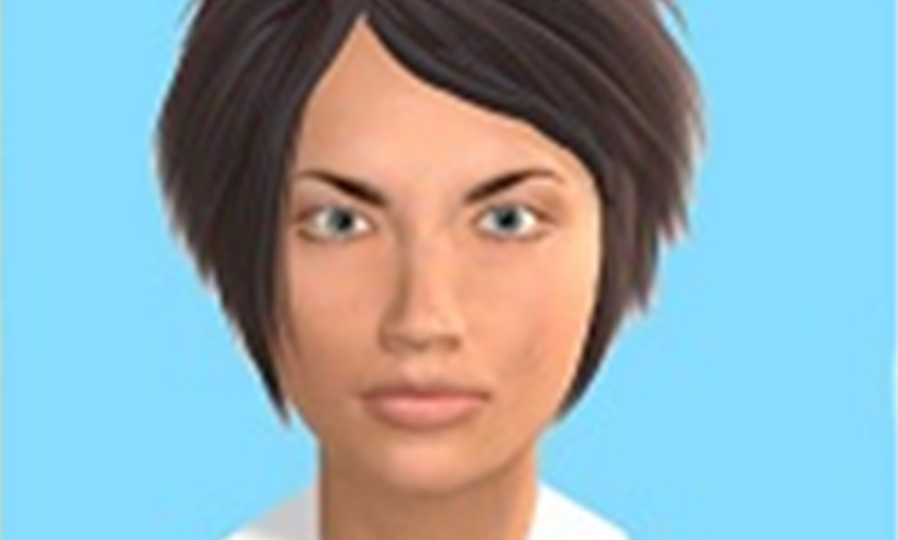 The human-like avatar used in the experiment. Photo: Supplied

Shoppers buying groceries using the self-service computers could soon expect an extra set of eyes peering up at them from the scanner, as supermarkets look for ways to stop checkout cheats.

New research shows simply adding a face to scanning screens – even one that is computer generated – reduces the risk of people stealing or trying to cheat the system by swiping cheaper items such as carrots instead of expensive avocados.

In the experiment, led by Abertay University academics at a laboratory in Scotland, participants were asked to scan and weigh items before paying at a simulated self-service checkout.

As the participants scanned and weighed their groceries, researchers deliberately provided opportunities for dishonest behaviour that resembled a real-life shopping experience, such as leaving them items without a barcode that required them to select a weight or provide item numbers.

Other traps were set up to nab checkout cheaters: At the end of the scanning process, participants were wrongly offered an opportunity to ‘accept’ a £1 voucher that claimed they had spent more than the total amount.

Participants could either accept or reject the voucher. Accepting the voucher counted as an instance of dishonest behaviour.

At the end of the experiment, the researchers found when a human-like face was watching, participants were less likely to try to cheat the system than when it was not included.

They found there was “potentially huge merit in maintaining a social element in consumer interaction with technology via social presence, and this may work for the benefit of businesses and consumers”.

Their findings support other research that suggests humans have involuntary perceptual systems that respond to faces and eyes, and that we rely on face and eye cues to help us decide who we should trust.

To catch a thief

Retail theft is estimated to cost the industry up to $9 billion a year in Australia.

A large proportion of that loss has been pinned on supermarket scanner-cheating, according to the Australian Retailers Association.

It comes as Australia’s two biggest supermarkets trial new technologies to clamp down on checkout cheaters around the country.

Woolworths has been installing new surveillance cameras at self-serve checkouts in some stores, while Coles has been trialling cameras and large monitors that show real-time footage of shoppers scanning items.

Sydney tech start-up Tiliter Technology has been trialling secret checkout cameras that are so sophisticated they can tell the difference between a cheap red gala apple and a more expensive jazz apple.

Any fruit or vegetable placed in front of the device is identified and immediately charged to the customer, cutting down the shopper’s time at the checkout while also reducing the risk of theft.