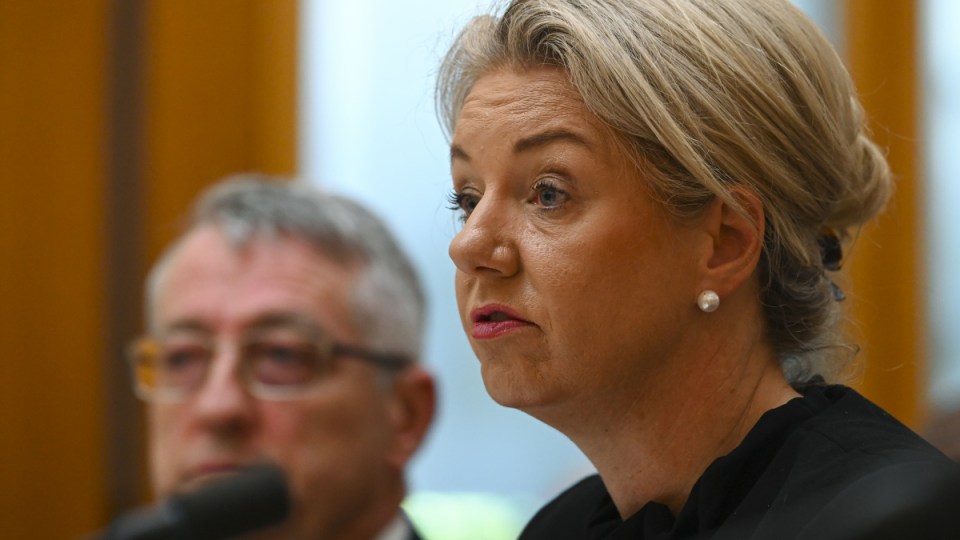 Nationals MPs have come to the defence of Bridget McKenzie after some colleagues aired complaints about her performance as deputy leader.

Unnamed backbenchers told the ABC on Monday they were frustrated with Senator McKenzie’s leadership style and had not ruled out a challenge to her position.

One MP said it was a “waste of time” contacting the senator because she “never gets back to you”, while another said she “couldn’t organise a piss-up in a brewery”.

The complaints were reportedly raised in a party room meeting on Monday. Senator McKenzie did not attend the meeting because she was at Senate estimates hearings.

On Tuesday, Victorian MP Damian Drum leapt to her defence, describing the senator as a “fantastic” deputy and scolded his party room peers for leaking against her.

“It’s really poor form to leak anything out of the party room,” he said.

“There is no excuse.

“They (colleagues) would be crazy if they were [vying for her deputy position]. She is just such a fantastic leader. Bridget is fine, she’s done a great job.”

Senator McKenzie, who has been the Nationals’ deputy since 2017, said on Monday that no colleagues had raised concerns with her.

She became agriculture minister in May, following the federal election, taking over from Nationals MP David Littleproud. He retained the drought and water portfolios.

The code was designed to give farmers more market power in their dealings with milk processors and was one of Mr Littleproud’s initiatives.

Queensland MPs, who have been lobbying for the code’s introduction, were furious after Senator Hanson’s demands were met so quickly.

“This is nothing to do with Bridget McKenzie. This is all about One Nation getting credit for something they haven’t done,” Mr Drum said.

“That’s where the anger lies; somehow or other, deals have been done to secure One Nation’s vote in the Senate and all of a sudden Pauline Hanson is taking credit for something she hasn’t done.”

The Courier-Mail reported Wide Bay MP Llew O’Brien told the Nationals party room on Monday that he intended to call a leadership spill, but that never eventuated.

Junior minister Darren Chester admitted there were disagreements within the Nationals but only because of the complex issues at hand.

“These are difficult issues we’re working through and occasionally colleagues might bump into each other and have a disagreement but generally speaking we get on pretty well,” Mr Chester said.

“This is a place where people come to debate big ideas about the future of our nation, and the agriculture portfolio … is a pretty complex policy area.

“We’re going through one of the worst droughts in probably our nation’s history and there are a lot of issues that need to be resolved.”