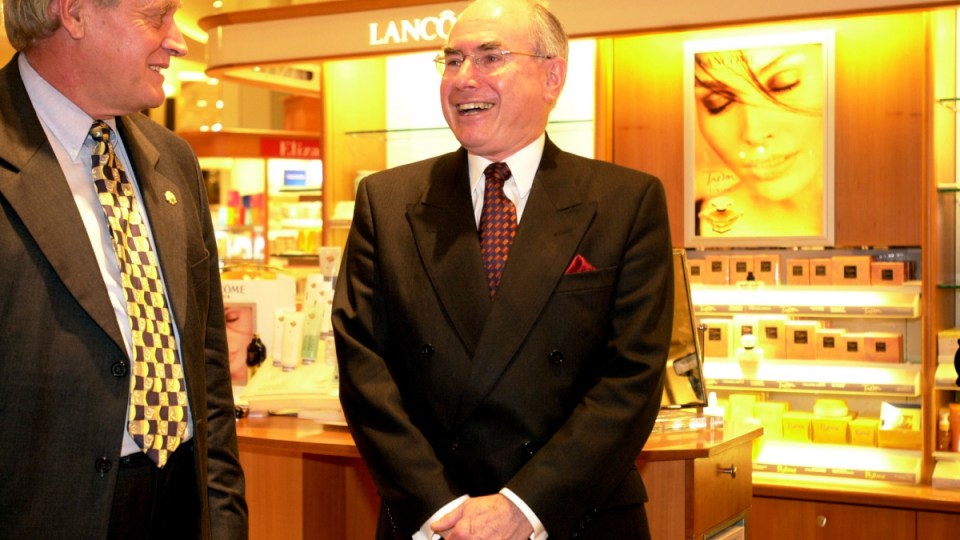 Former PM John Howard on June 30, 2000, the day before the GST comes into effect. Photo: AAP

John Howard famously promised he would “never, ever” introduce a GST and now the Morrison government has declared it has “no plan to seek” a mandate to broaden the base or increase the rate.

In response to the NSW government’s fresh calls for GST reform on Monday, Treasurer Josh Frydenberg said it was not something the government would ever consider without a mandate from voters.

“The government would never expand the base or increase the GST without a mandate from the Australian people,” he told The New Daily.

“This is not a mandate we have nor plan to seek. The independent review into NSW’s revenue system is a matter for the NSW government.”

Mr Howard famously declared in 1995 that he would “never, ever” introduce a GST before backflipping two years later and seeking a mandate at the 1998 election.

Labor leader Anthony Albanese described the GST as “regressive” and said he did not support raising the rate or broadening the range of goods it applies to.

“I certainly am not a supporter of expanding regressive taxes,” Mr Albanese told reporters in Canberra.

Broadening the GST base, for example to apply it to services including education, or increasing the rate of the GST are among reform options raised in a tax discussion paper released by the NSW government on Monday.

Warning that Australia must prepare for the era of electric cars that will slash fuel excise revenue, the push to reform federation warns the states will no longer be able to fund schools and hospitals properly without change.

The NSW Review of Federal Financial Relations discussion paper aims to explore how NSW and the Commonwealth “can work together to build a stronger economy, encourage state-led reform, and ultimately, deliver better value for taxpayers”.

“We have seen GST revenue eroded over time, have a complicated series of funding arrangements and partnerships with the Commonwealth, and face significant challenges as our population ages, technology advances and work patterns change,” NSW Treasurer Dominic Perrottet said.

But Mr Perrottet said he was not personally calling for an increase to the GST.

“I have always advocated for – and have delivered – lower taxes,” he said.

“To improve our federation, we need to make the states less reliant on the Commonwealth. We need a federal financial relations system that encourages growth and productivity, not restricts it.”

The review is being chaired by businessman David Thodey.

The discussion paper warns that doing nothing is not an option.

“With limited revenue-raising powers, states depend on revenue streams that can be volatile, unpredictable and damaging to productivity. Many are on the decline, and nearly all will be affected in some way by the unfolding changes to society and our world.

“Like all states, NSW depends on Commonwealth funding to fill the gap between how much revenue it can raise, and how much it spends on providing essential services. This accounts for almost 40 cents in every dollar of revenue.

“The future of these revenue streams, including the amount of funding, the number of conditions attached, and the degree of continuity, will be critical to ensuring future generations can benefit from the same, or better, services.”

The push to debate the GST follows Prime Minister Scott Morrison previously considering the option during the Turnbull government, when he served as Treasurer.

Last year, Mr Morrison and Finance Minister Mathias Cormann ruled out GST reform without a mandate from voters at an election.

It followed a push by the Australian Taxation Office to debate anomalies, including the fact the GST is applied to brioche burger buns but hamburger buns are tax-free.

Former South Australian premier Jay Weatherill has also called for discussions on the states securing a proportion of income taxes or broadening the base of the GST to services.